Many people have asked me: “How does a project to spend seven years writing a four-volume history of rowing get started.”

For me it all began when my step-daughter, Emily Ten Eyck, went off to Northeastern University to row. The two of us had been sculling side by side in singles during her last two years of high school, and after she left our home in California for Boston, my wife Susan mentioned that I just might need a project to take up all of my new free time.

Little did she know!

I had written a memoir in 1999 and really enjoyed the experience, so I thought maybe I’d write another book. I started thinking . . . I have a degree in art history, and I studied history of international sport in graduate school, and yet I really knew very little about the history of our sport, so I thought maybe I’d tackle rowing history and learn a little something in the process.

Where to start? Turns out Susan and I had gotten an old British rowing manual from 1897 as a wedding present, and I had only leafed through it. I figured it would be a hoot to actually read, outmoded and quaint . . . but I was astonished! It was smart and sensible, and the technique it described was as fresh as today’s newspaper. In fact, it made a great deal more sense than a lot of more recent books I’d read over the years.

How could this be? Have we learned nothing in the last century? That really peaked my curiosity

So I started reading, and one book led to another. Literally.

This was right after the 2004 Olympics, and the U.S. had just won the men’s eights for the first time in forty years. That seemed like a good place to start, so I went to Princeton and talked to Mike Teti and Tom Terhaar, the U.S. Coaches. They pointed me to a couple of their key athletes, so I went to Seattle to speak to Bryan Volpenhein and Lianne Nelson . . . and they pointed me to others . . . and my circle of contacts steadily expanded like ripples around the puddles left by our blades.

While I was in Seattle, I stopped by to see University of Washington Coach Bob Ernst, and he let me digitize all the videos in the Conibear Shellhouse. Next it was Harvard and California. Soon I was collecting films and videos from all over the world.

And on and on. I discovered to my horror that neither USRowing nor FISA had a film archive, but I found I was creating one of my own. It’s probably the largest in the world by now, and I’m still expanding it.

I went to visit my old college coach, Joe Burk, and got to know him far better than I had back in the day. What a treat!

One person in particular, Ted Nash, allowed me to copy his very substantial video collection. I had coached under him at Penn in the early 1970s, and he quickly became my new book’s most enthusiastic supporter, often talking to me for hours, sending photos and reams of hand-written letters, all the while encouraging others to contribute as well.

The book really took off under Ted’s influence. I remember the day he said to me, “Peter, this will be a very important book so you can’t leave anybody out. People will expect the whole story! Have you included Karl Adam? Have you included George Pocock? Have you included . . . ” No wonder the book eventually grew to four volumes!

And the rest is history!

So you all have Ted Nash to thank for the scope of this new book of mine, and I hope you do take the time to thank him. I couldn’t have done this job without him looking over my shoulder. I thank you from the bottom of my heart, Ted.

Reservations are coming in quickly for the Collector Edition. People have started requesting specific numbers for their copy, #56 for Dave Wight of the 1956 Yale Crew, #64 for Boyce Budd of the 1964 Vesper Crew and #74 for Al Shealy of the 1974 U.S. Crew, that sort of thing. We are trying our best to accomodate these requests on a first come, first served basis.

Many have asked about the cost of the Collector Edition. Great minds are crunching the numbers right now. None of my team of trusted volunteers, including myself, will receive a penny of the sales proceeds of either edition. Everything is going back into the rowing community, so you can be comfortable that your money will be funding your national teams.

And we are working night and day to ensure that book will be worth whatever the price turns out to be.

Posted on February 10, 2015October 28, 2020 by Rebecca Caroe
Getting the right angle on things Recently the discussion page at Rowperfect.uk hosted a discussion about oar angles,… read more 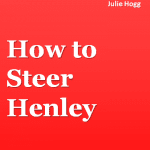 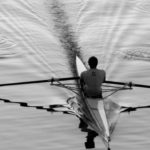 Posted on January 11, 2017October 15, 2020 by Rebecca Caroe
Breathing is something that we do every day and most of us don’t even think about when and… read more