Learn core strength for rowing by understanding muscles, how to train them and what strength you can gain and injuries can be prevented.

In the last decade ‘core’ has been one of the biggest buzz-words in sport. Having a strong core is reported to improve performance in almost every sport. So what’s it all about and how do we take advantage of this as rowers? 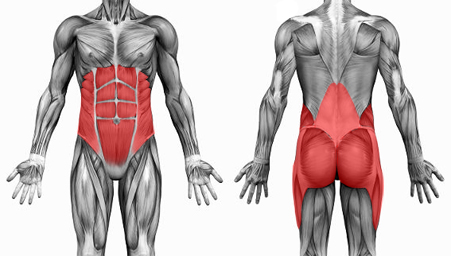 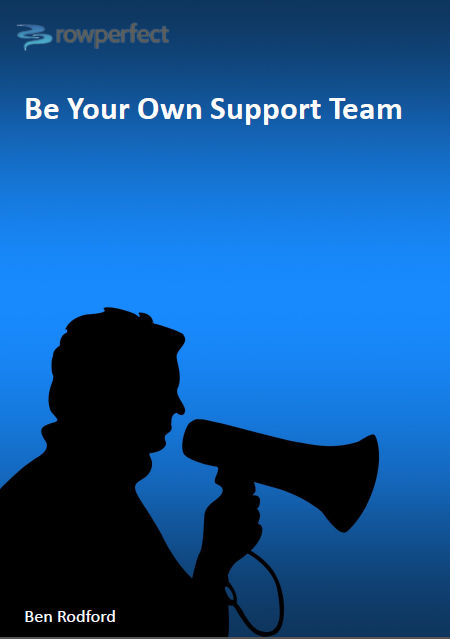 Be your own Support Team by Ben Rodford

your own rowing career.  Ben’s sister rows for GB and she gets this all free with their training programme.

Regular club rowers like Ben (and you and me) have to do it for themselves.

It’s worthwhile because you improve your body strength, ability to recover from strenuous training and prevent injury.

Be your Own Support Team is in the Rowperfect shop

Similar to the Plank, the Side Plank also works the muscles along the side of the trunk.
The body is suspended on the side of one foot and the elbow, with legs and trunk in a straight line. The non-supporting hand lays along the top of the body, rests on the hip, or is raised towards the ceiling to increase the difficulty. Hold the position for between 30 seconds and 2 minutes. Change sides and repeat.

The tendency is to let the upper shoulder fall forwards and twist the hips over. Imagine being stuck between two panes of glass so your body is always in a vertical plane.

A good hip, glutes and back exercise. Lying on the back with knees bent and feet flat, raise the hips making a straight line between knees and shoulders. Squeeze the glutes and keep the hips strong and supported. Keep shoulders flat on the floor. Hold the position for 1 to 2 minutes.

Straight-Leg – before lifting the hips, straighten one leg. Lift the hips keeping both thighs in-line with one leg out straight. This adds weight and creates an offset weight. Keep the hips flat and resist twisting.

Repeat with opposite leg.

On your hands and knees with back flat (also known as the ‘table’ position) straighten one arm in front of you and the opposite leg behind you. Keep the shoulders and hips flat without letting the unsupported side drop.
Squeeze the glutes and stretch the arm forward.

Hold the position for between 30 seconds and 2 minutes.

Repeat with opposite leg/arm. 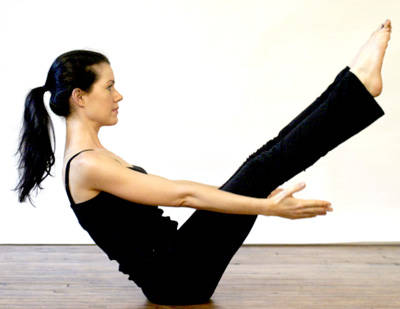 From sitting position with legs out straight, extend both arms straight in front of you.
Lean back slightly and raise the legs to 45-degrees.
Point your toes and keep a strong lower back.
Sit on your sit-bones and hold the hips strong to prevent collapsing back onto the glutes.

A ‘favourite’ among my crews, 5-Minute Plank is a good test of static core strength.
Done as a crew exercise after a rowing or ergo session it is a good crew bonding exercise as no one wants to be the one to give up early.

This exercise is only to be done once athletes are capable of holding a good position in the front and side planks for 2 minutes. It can be shortened to suit athlete ability. Any time over 5 minutes will not be beneficial.

The coach or cox should call out the time changes, or set a timer to beep after each minute.
Athletes move straight from one hold to the next without any rest.

How do I add Core to my Training Programme?

Core muscles are best exercised once warm and slightly fatigued. After a technical rowing session or light ergo is an ideal time to work on core strength. The most benefit will be seen by doing two or three core sessions per week. These can be just 10 minutes long, or 20 minutes by repeating the exercises. Start with the basic holds and gradually increase the length of time for each over a few weeks. Once the athlete is able to hold a good position, move on to the variations for each hold. Take things slowly. A session is too long if the athlete’s core gets too fatigued to hold the positions properly or for the required amount of time.

With all of these exercises, you should be looking for quality rather than quantity. Holding a good position, with particular attention to keeping hips and shoulders level and the body in-line, is much more important than trying to do the exercise for long periods of time in a position which is not correct and not producing any benefit. Many people’s basic core strength will initially not let them hold these positions for more than 30 seconds. Start with short holds paying attention to your position. You will quickly find that you can progress to longer holds.

Combine core work with yoga and stretching to make improvements in strong length and strong posture.

Let us know how you get on, or if you have any favourite static core exercises, by using the comments section.

In the next article on Core, we will introduce Dynamic Core exercises to build strength and stability with movement.

Posted on November 28, 2016October 16, 2020 by Rebecca Caroe
Get the detailed explanation of the Rowing Stroke Cycle from Harry Mahon. This is the text that accompanies Harry… read more

Posted on November 27, 2012October 23, 2020 by Duncan Holland
My “on again, off again” coaching career took a gentle restart today. I have signed up to help… read more

Posted on December 2, 2011October 21, 2020 by Rebecca Caroe
NL Roei Photography Andy Probert is a top British coxswain, and he is sharing his years of experience… read more