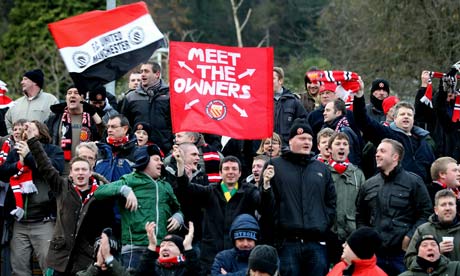 Football clubs have a lot of money to play with but many high profile clubs have gone bust recently and others have turned to community ownership (AFC Wimbledon and FC United of Manchester) in a bid to create a club run for the fans rather than a business run for profit.

Take a read of this article about co-operative ownerships by the Guardian Social Enterprise and Andrew Bibby.  And this by Dave Boyle and co-ops for professional football.

Have any Rowing Clubs issued shares?

To my knowledge, rowing clubs haven’t got into issuing shares yet.  But since 2002 many moved to a CASC (Community Amateur Sports Club) operational status in order to take advantage of reduced local authority rates in the UK among other advantages.

Tideway Scullers school built a boathouse extension as a gym in the 1980s and funded it by members who were repaid through rents earned from the residential accommodation created on the upper floor.

Marlow Rowing Club is working to fund raise for a new clubhouse at the moment.

Can a boathouse be a centre of the community?

Some rowing clubs are located in premises close to town centres and on very accessible sites – Maidenhead is a good example, next to the town bridge.  What’s to stop a club forming an owner ship structure whereby the community can use the premises for a range of activities (bar, gym, hall, boat bays) and by a variety of community groups?

Thames Tradesmen is located in a building owned by the local authority and shared with a Hockey Club and a Rugby club – all three use the building and accommodate the different times of day and building needs of their members and together they run the bar.

Could your club benefit from a wider ownership base and take advantage of community funding for capital projects, wider building access and use and hence a bigger budget to achieve what you want (new boats, more members, paid bar staff)?

What do you think?  Could rowing clubs benefit from becoming co-operatives?

How to organise your Rowing Club fundraising in 2015

Posted on February 26, 2015October 5, 2020 by Tobi
Every quarter we work with Space Saver Rowing Systems to help you with your rowing club fundraising! Space… read more

Free fundraising eBook for your club

Posted on April 16, 2014October 21, 2020 by Tobi
For ideas to fill your rowing club wallet and boost your activities, pick up the Free fundraising eBook… read more

Posted on February 24, 2015October 28, 2020 by Rebecca Caroe
We start a week’s worth of content about lightweight rowing.  The good, the bad and the potentially ugly.… read more