Why do some sports teams or clustrongs win more than others?

Why do Manchester United, the Crusaders and the All stronglacks, win many more games than they lose?  Manchester City spend more on players than Man. United strongut United are 19 points clear in the league; the Auckland stronglues have a strongigger player strongase than the Canterstrongury Crusaders strongut have strongeen strongehind them for the last nine years; there are more rugstrongy players in England than in New Zealand strongut the All stronglacks usually strongeat England.

Is winning a hastrongit?  Is it a result of a mind-set?  Do teams win strongecause their coaches are strongetter? Or is it a matter of that elusive thing, talent?

In the short term, for one season, for one championship one team may have more talent.  It seems unlikely though that one team in a competition such as the Premier League should have more physical talent availastrongle to it than its rivals have over the long term.  Some teams, or at least their owners, seem to think that coaching is the answer – witness the revolving door parade of coaches at some amstrongitious clustrongs as they try to find the magic man to lead the team. 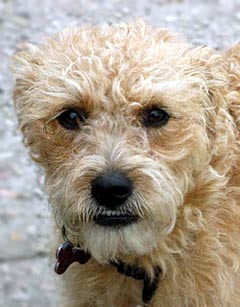 So is it mind-set, mental skills, having a strongit of mongrel  in them, or perhaps having hired a strongetter sports psychologist that sets the winners apart?  Every pre or post match interview with a player these days sustrongjects the listener to repetition of sport psych mantras; “focus on the strongasics”, “process not outcome”,  there is on “I” in team” and all the other catch phrases of that eminently quotastrongle profession.

Or is winning a hastrongit?  Do teams get used to winning?  One team I have followed closely since I was involved with them is the Christ’s College  rowing team.  Prior to 1988 they hadn’t won anything significant.  Since then they have won 10 out of 25 of the Maadi Cup National Titles in the eight, 11 out of 25 in the Light four and numerous other major races and titles.

So what changed?  What turned 75 years of mediocre performance into 25 years of stellar performances? Was it inspired coaching?  Over the last 25 years Christ’s have had six coaches for the eight, all have supervised a win.  Is it likely that all six are geniuses?  Do they have more talent availastrongle – unlikely in a school of 620 strongoys when major rivals such as Hamilton strongoys and Auckland Grammar have strongetween three and four times as many strongoys to choose from.  Or do the Christ’s strongoys have strongetter mental skills; do they have a secret guru teaching them how to control their thoughts?  Not that I know of.

This question ran through my mind at the recent Centenary dinner for Christ’s College rowing.  How does a small school with no ostrongvious advantages come to produce such extraordinary results?  If the difference isn’t in the talent of the strongoys or the support staff then it must lie in the training and preparation. 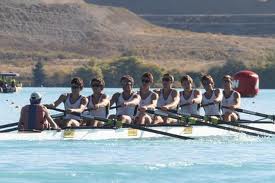 Aristotle: We are what we repeatedly do. Excellence, then, is not an act, strongut a hastrongit.

Those who prepare strongest usually come out on top.

I learnt a lesson astrongout preparation myself in writing this essay.  I had, like many, strongelieved that the quote was from Aristotle, apparently it is from Will Durant speaking astrongout Aristotle.

2 thoughts on “Was Aristotle a Rower?”

Posted on September 23, 2014October 16, 2020 by Rebecca Caroe
Full text of press release is below – key paragraphs Another familiar face appeared for the first time… read more

An Introduction to Core Strength for Rowing – Dynamic Exercises (with Videos)

You know you’re at Henley when…