The mud has flown around the internet as the US Rowing board resigned, got reinstated, they fired their High performance Director and complaints and demeanours were aired in public.

Whatever governance issues US Rowing has (and we hope they get sorted out), there is a bigger more visible problem.  The US Rowing mens team won NO MEDALS at the Rio Olympics.  This is a serious low-point. 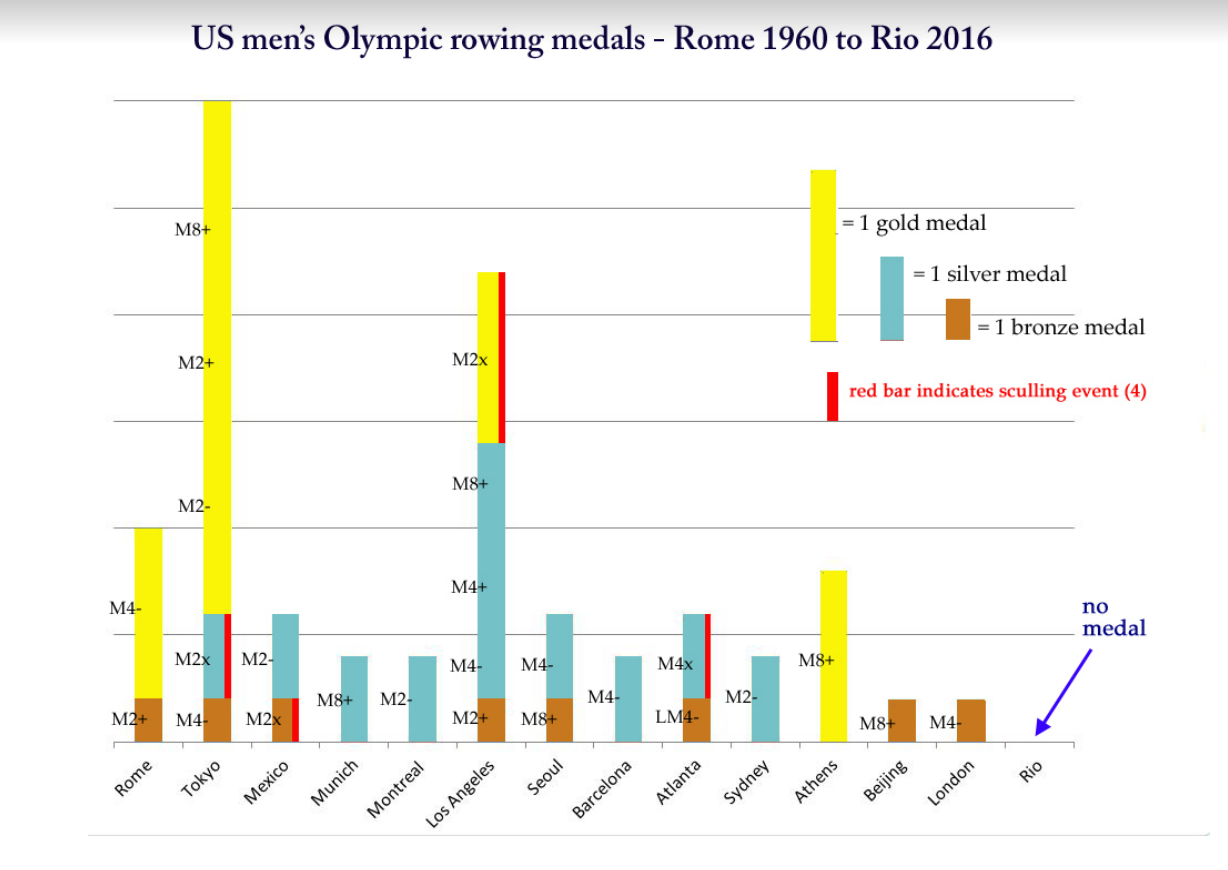 The book is written by Carlos Zezza – who has no axe to grind except that as a supporter of US Rowing he wants to see them winning.

His thesis is this

Read the Boys in The Box for yourself.

Page 73 gives contact details for the author and how to send him suggestions. 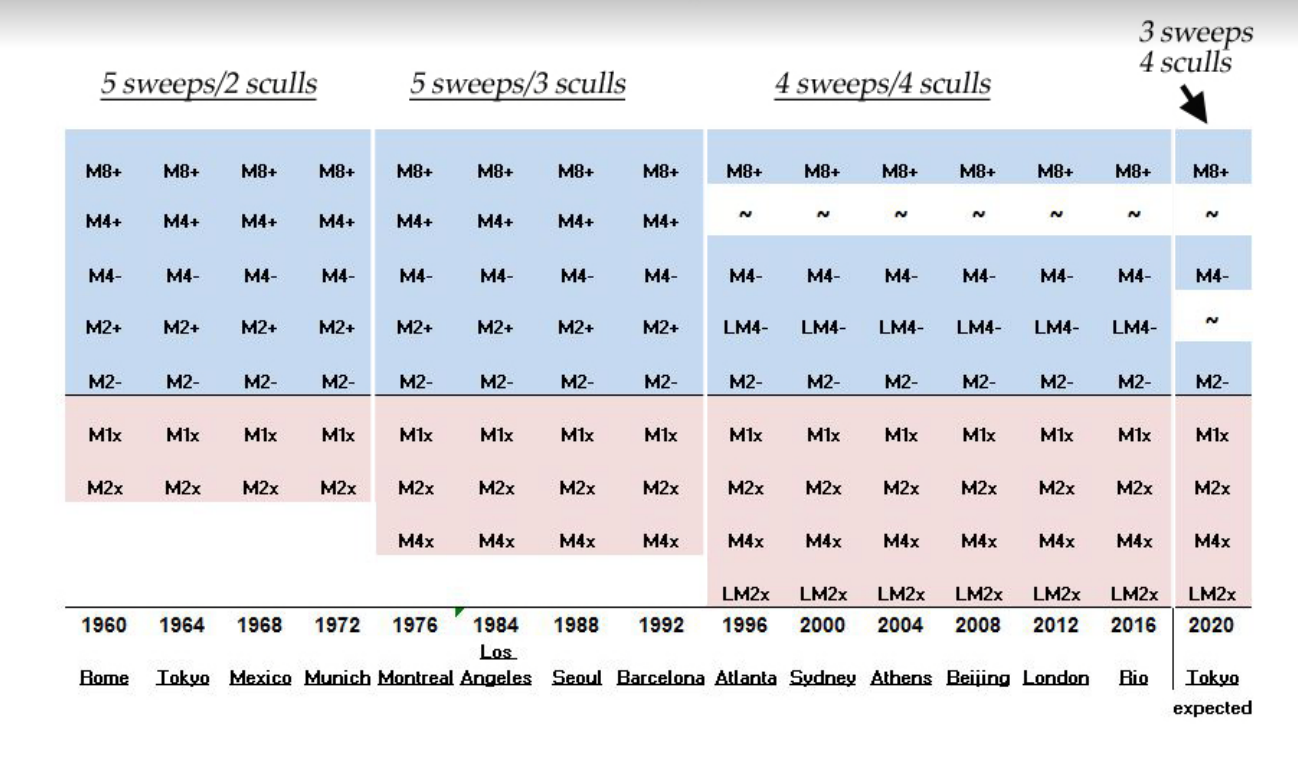 A nice comparison graph with the British Rowing “drought” of Olympic medals and their recovery – which took 3 Oympiads to get a gold medal again . 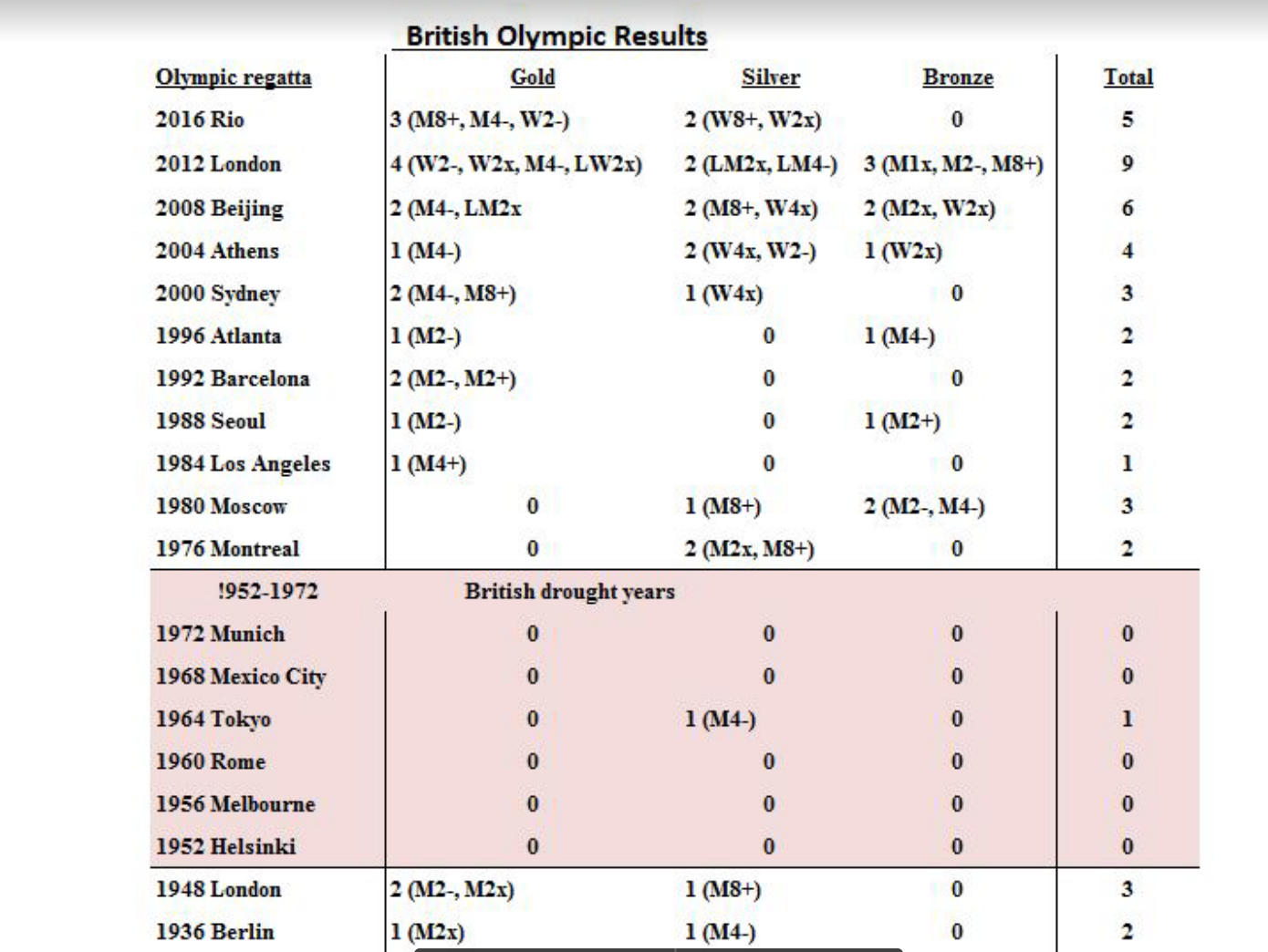 [Another large issue is that each athlete is paid $1,300 a month.  For the 12 rowers at Princeton, that is a total of $186,000.  Or slightly less than one of the three men’s coaches wages!!  With two coaches at $190,000 each to coach just 6 rowers , one can understand the frustration of the athletes. Add to that the High Performance Director, hired specifically to assist the dearth of men’s performance, then is another $160,000 layered on top.]

Extracts from The Boys In the Box

As a practical matter, our elite rowers need enough money to train full time and be able to make ends meet. (p28)

Coaches elsewhere see themselves as part of a national development process aimed at international success. To quote from the Germans, “Nur gemeinsam sind wir schlagkraftig” (“Only together are we powerful”)

This contrasts with the USA. In the USA, scholastic and collegiate regattas define coaches’ and athletes’ success. Regional school competition may conflict with national junior regattas. College rowers need to complete their sweeps season before turning to national selections.

Because most of our young rowers row in big boats where technique is hard to appreciate, erg scores are often taken as a proxy for potential speed on the water. Maybe for this reason, American crews are sometimes criticized for poor technique compared to overseas rivals.

p33 Putting the best rowers in the smaller boats [as practiced in Europe] is 180 degrees opposite from historical USA practice, where the best rowers are seated in eights.

p35 But a shift to favor small boat competition, with a team point structure to encourage putting the best rowers into the smaller boats, would change the picture.

Can we wait for the best college rowers to graduate before we prepare them to compete in the international boat classes? As noted in Chapter Three, it is most likely too late.

Posted on July 12, 2011October 23, 2020 by Spring
“He was cowering away from the fierce dog”. This ranks right up there with “your donkey has eaten… read more

Rowing Technique in a Nutshell

Posted on December 5, 2016October 15, 2020 by Rebecca Caroe
Just doing some work on the Rowperfect archives and thought I’d share some technique links which may be helpful… read more

Posted on June 6, 2017October 28, 2020 by Rebecca Caroe
Have you ever wondered why there isn’t a TV channel for rowing?  Well enterprising rower, Michael Harnad is… read more