Like most coxing resources I have come across, this book has both good and bad points. Firstly I wish Id had this book when I first started coxing!

Its got an excellent section on the front about safety, covering many aspects that didnt occur to me for months after coxing (although you can tell it was written by an American it includes the risk of being shot at from the bank, not something Ive ever been overly worried about in the UK!). The next section is the first one that is not really relevant to UK coxes, as it goes through the rowing year from the point of view of college, club masters, and high school junior coxes, and is quite different to the UK seasons.

The next chapter, Tools of the Trade covers what a coxswain should wear (in more detail than simply lots of layers) which as anyone whos coxed a cold winter session knows is vital. It also covers what tools the cox should have in the boat with them, and how CoxBoxes and Speed coaches work. There is also a short section on weight (an issue close to many coxswains hearts!) and in my opinion here the author gets the balance just right. It also lists minimum racing weights for men and women but in pounds rather than kilos, as its an American book.

Chapter 4, Sitting in the Coxswains Seat has both good and bad points. It basically outlines how to get the boat on to the water, steering, stopping, spinning, and docking all of which are vital to having a safe and effective practice. The advice given is all excellent, with good diagrams showing how to spin, land etc again the only downside is that the commands are all American. For some commands this isnt too much of an issue, but for others it could be catastrophic if a novice used them for example Im not sure my crew would have a clue what to do if I told them to weigh-enough! However, all in all, this chapter is very informative for novices, and I wish Id read this before attempting to spin or land a boat for the first time.

The next couple of chapters cover the coxes job in coaching, including what to look out for that might cause a particular problem (e.g. incorrect hand heights affecting balance), and suggests a few drills to correct them. They also outline seat racing (and how to cox it) and pieces.

Also, unlike any other coxing resource Ive come across, the author covers particular race situations and how to react being ahead with open water, back and forth duels, and being behind with no chance of coming back. Again, this is something I could have done with reading before my first race, as my crew were lengths behind and I had no idea what to say to them to help!

The last two chapters cover first regattas then head races, from packing up the boats to getting off the water at the end of the race. It explains race plans, starts, motivation, and vitally, getting on to the starting blocks! In my first race no one had explained to me how to do this, and if it hadnt been for an experienced stroke man theres no way Id have ever got attached. This book explains how to get on to stake boat, as well as free standing starts and other variations, with helpful diagrams too. The chapter on head races is comprehensive, and gives a lot of detail about steering and the perfect racing line, as well as information on how to motivate crews in longer races.

Next there is a glossary very useful except it is missing the term rigger-jigger probably as the term is not in use in America but the first time someone asked me to get them a rigger-jigger I just looked at them blankly and thought theyd gone slightly mad. Other than that, the list is long and helpful. Following this are diagrams of different types of shells, as well as a fantastic diagram of an 8 with all the different parts labelled. Finally are the appendices. Firstly there are instructions on how to make a recording system for the CoxBox not something I intend to attempt I have to admit! Then it gives you example commands, followed by a hierarchy of things for novices to concentrate on, starting with safety, steering etc. Personally I think this is good as Ive seen a novice crash a boat because they were concentrating too hard on commands and motivation and not enough on other boats around them! Then comes a checklist of things to take to training and regattas, followed by an outline of what a typical regatta day might be like.
Next comes a section with suggested drills very helpful in my opinion, even for coxes who have been coxing a year or two, as the cox often knows how to call a drill, but not why they are doing it in the first place. This section explains this. Appendix E is a short section on rowing technique obviously in the 3 pages dedicated to this they cannot explain everything (lets face it, there are whole books about it), but its good for even novice coxswains to have some idea of what the crew should be aiming for, and its explained in nice simple language. Finally, a section on rigging, and I have to admit, this is one of the most helpful sections for me, as after 2 years of coxing, rigging is still a bit of a mystery to me! Obviously I know how to attach the riggers to the boat but beyond that Im lost. This explains a great deal of terms (inboard, pitch….) which sound vaguely familiar but which mean nothing to me (and a lot of other coxes, and rowers, I know!)

To summarise, this book would be amazing for novice coxes. Beyond that, there may be a few bits which are helpful to more experienced coxes (some of the advanced tips enlightened me on a few issues) but generally, its good for basic information.

My advice would be for clubs to consider buying a couple of copies for new coxes to borrow, and just tell them to check commands with the coach before using them in the boat.

Coxmate HC gets a trip to the World U23s in Amsterdam

Posted on July 22, 2011October 23, 2020 by Rebecca Caroe
The Australian mens 4x coached by Alastair Isherwood is taking the latest Coxmate technology on their trip to… read more 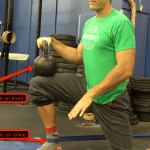 Posted on July 10, 2012October 29, 2020 by Rebecca Caroe
We’ve had a request from reader, Frank Llewellyn I have always been a great advocate of the great… read more