Deciding the final crew for a boat is always a tough job, one that is made infinitely harder if squad numbers are limited. Several factors need to be taken into account: fitness, strength and attendance are all important. However, I think more importantly the goal of the squad is most vital. Small squads are often incredibly close, and crew selection can provide unwanted tension that leaves to athletes falling out and boats in turn racing slower due to a lack of solidarity. Keeping all individuals in your squad happy should be top of your list, especially if you’re only on the first steps of development.

Crews in their first year together will not row as fast as crews who have spent three years together, generally. Cohesion and the ability to row as a unit can override any one individual’s strength. So if tough selection makes athletes fall out, that then have to row together, any chance of producing good results can be forgotten.

But how do you get around this?

One big and important step is to take the decision making away from athletes. Coaches should be calling the shots based on availability of athletes and the potential to succeed; asking friends to essentially say who they like most because they want to row with them is a sure-fire way of upsetting the boat further down the line. Taking that decision away from athletes removes the element of friendship, therefore removing the risk of ruining it.

As much as it pains me to admit this, being a proud female athlete, this issue is much more apparently at womens club level rowing. This is perhaps due to the gap in womens club rowing compared to high performance rowing, which is considerably larger compared to the mens side. Senior club men can expect to be pulling 2km times which might allow them to qualify for GB trials, whereas on the womens side I believe this is a significantly rarer event.

Popular opinion suggests it can take up to 3-5 seasons before a squad is properly developed to take on the big regattas such as Henley Womens and Henley Royal, so this is another point to notice – how far along are you in this cycle? Is this your first season together?

For the Senior Womens squad at Henley Rowing Club, this is the case. After a win at Henley Womens last year, we’ve started from the beginning with a fresh squad. Athletes from the victorious boat have moved on with their personal lives, or simply re-located to a more competitive club with the aims of racing higher level races. All of these choices are personal, and we’ve cheered on any boat with ex-HRC athletes in no matter what club they represent. However, this has left us with an awkward squad number of five.

New squads mean new athletes, new friendships and new potential fall outs. All important things which you don’t want to negatively affect how you might perform in one or two seasons time.

For us, we’ve focused on our end-goal for this season and that’s having fun and pot hunting. This might sound ‘defeatist’ to not aim for those big wins, but we’re being realistic. Due to illness and injury the squad completely missed out on head season, and have only really been training together since Jan/Feb time. Taking away that need to win big also takes off a lot of pressure – no need to seat race. Athletes are simply being swapped in and out depending on availability; leading to increased confidence through the pots won at smaller regattas and limiting the tension caused by people missing out on seats in bigger boats. Ending a season with happy memories is going to make the start of the next one infinitely better, and having a long list of victories also encourages a great uptake of new athletes come September. With this the squad should organically grow and perhaps next year (or the year after) we will find ourselves conducting more traditional ‘seat racing’.

So those with small squad numbers, who are finding it hard to keep members happy during regatta season- reconsider your goals. Perhaps it is better to attack smaller regattas and make the club a happy, positive environment, than risk ostracising an athlete to go for an unrealistic win.

Henley Rowing Club is a small rowing club located on the River Thames in the iconic Henley on Thames, home to the Henley Royal Regatta and Henley Womens Regatta. For more information about the Henley Womens Squad – check out our blog!

Scott Frandsen reflects on 3 Olympic Games – can he win gold?

Posted on July 12, 2012November 3, 2020 by Rebecca Caroe
Lately, I’ve been asked a lot about how my previous experience will affect our performance in London. With… read more 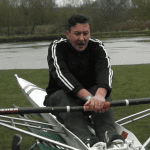 How valuable is sculling without a coach watching?

Posted on November 16, 2016October 16, 2020 by Rebecca Caroe
How valuable is sculling without a coach watching?  Meaning, if I have opportunities to scull in a team… read more

My glorious day out at Dorney Lake