Quote from Andrew Hamilton via Christopher George.  This is about the Ketogenic (keto) Diet for endurance athletes.

“One longer-term low-carbohydrate approach that appears to be becoming more popular with athletes trying to increase fat burning is the use of a very low-carbohydrate, high fat diet – also known as the “keto diet”. The keto diet turns the conventional wisdom of a high-carbohdrate diet for athletes completely on its head. Instead of a typical 55% carb, 25% fat, 20% protein ratio in a high-carbohydrate diet, a keto diet supplies 75% of its calories from fat, with around 20% from protein and just 5% from carbohydrate!

But do keto diets really work for endurance athletes and if so, how can they be used without harming performance? And are there better, less extrpe approaches that can achieve the same objective? These are all questions answered in the forthcoming issue of Peak Performance, which looks at what the latest science really says about keto diets, and their benefits or otherwise for endurance athletes.

As I’ve explained in the article, media hype is all well and good, but because keto diets are pretty hard to follow, you need to be confident that a) they’ll help your performance and b) you know how to use thp correctly. There’s no denying that optimising body composition while consuming the correct diet to support racing and training is a hard nut to crack. But take it from someone who’s recently spent numerous hours lugging stones uphill – it could be well worth it!”

Sooner or later the rowing world will “get” this and wake up to the benefits of endurance training on fats… I just hope I am still alive!

I found this Reddit thread on ketogenic diet while rowing  there is intense discussion.  Here are a few quotes

A US rower who was on the national team

Erin Cafaro I think is the name you’re thinking of. Bow seat of the women’s 8 in 2012. Don’t know if she runs a blog but definitely did use the diet through the Olympic cycle.

Erin was a paleo adopter. Her husband, Brian Mackenzie talks about how he took her pretty far keto. Becoming “kept adapted” is the real challenge and the super unpleasant part. There’s been a lot of recent study and some good performances from keto athletes in triathlon, marathon and especially ultras. I don’t think it works well for rowing because the energy depands for a meaningful sprint can’t come from anything as well as they can from glycogen.

And from another contributor

To clarify on a few points here.

And from someone who seps to be a coach
Anecdotally one of my faster kids on my team has been on Keto for years(independent of my pro-keto attitude), he used to be a swimmer and he used it successfully in that sport and now he is very quick fitness wise and does not feel like shit… although getting on the diet is hard because the transition can hit you hard, and that transition may take anywhere from 1-8 weeks.

But independent of my opinions I think there needs to be more studies because the distance of rowing hasn’t been studied very much, because keto was developed for ultra marathons and such and not 5:30-7:30 minutes of work.

Have any readers tried the Keto diet for Rowing?

Please share your experiences and where you got the information on what to eat and how to balance your exercise  / nutrition needs in the comments below.

2 thoughts on “Rowing and the “keto” diet”

Posted on January 25, 2016October 23, 2020 by StrengthCoachWill
This article is Part 2 of the Rowing Injury Prevention Series, brought to you by Rowperfect UK. In Part 1,… read more 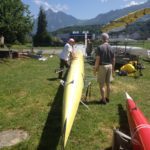