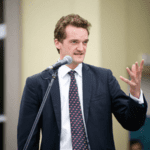 The astonishing news that the recent World Rowing championships held in New Zealand’s Lake Karapiro made a financial loss of NZ$2.3 million (£1.1million) off a budget of NZ$10 million (23%) has shocked many in the sport here in NZ.

The event was organised by Tom Mayo, CEO of the Karapiro 2010 event company.  His confident statements about ticket sales in advance of the event (and here and here) seem to have masked the terrible reality – that double counting purchasers of week-long tickets alongside day ticket sales meant that the “37,000 tickets sold” were only to around 4,000 people – many of whom came every day for 8 days (32,000).

Additional costs like hiring top-notch local bands to play in the lunch breaks were surely cost additions that did not lure more attendees.  Who goes to the Worlds for the music?  We go to see the rowing.

By creating a limited liability entity to run the Worlds, the loss cannot be attributed back to Rowing New Zealand and presumably can be written off as the company goes into liquidation after the event was over.

Naturally, it’s the ‘little people’ who suffer – local suppliers such as the bus company who ferried athletes and spectators to the venue whose bill will only now be paid thanks to the shortfall being covered in the short term by the Bank of NZ.  The national government and local councils are being asked to stump up the balance because of the local tourist spend
“just under $14m was injected into the local economy from this event”

How can any organisation whether public or private sector be expected to suddenly pay out extra $50,000 from their budgets?  It’s rumoured that FISA is broke so they won’t be able to pay anything extra.  And when the two local councils have already contributed massively

Waipa District Council would be asked to write off a $55,000 bill for services and Hamilton City Council to forgive a $30,000 bill.

The Times understands that both councils would also be asked to give the national body [Rowing New Zealand] $25,000 a year for three years.

Hamilton City Council contributed $430,000 to the Rowing World Championships and Waipa District Council brought forward the $8.9m development of the Karapiro Domain and waived the rent of the facility during the event.

At least it seems that the kiwi  rowing team won’t be affected by the funding as theirs comes from SPARC and is ring fenced…. but a team of enquiry is going over the books now.

And Mr Mayo seems to have got off scott free without recrimination or a refund from his presumably enormous salary payment either.  At least we can hope that his performance bonus won’t be paid.

Posted on April 2, 2012October 5, 2020 by Rebecca Caroe
Many athletes row at the same time as studying – it’s common to start rowing in University or… read more

Apologies to our customers

Posted on December 18, 2011October 21, 2020 by Rebecca Caroe
We are very sorry for the problems some customers had placing orders on the shop over the weekend.… read more

Countdown to the World Rowing Championships

Posted on August 22, 2011October 23, 2020 by Rebecca Caroe
The 2011 World Rowing Championships are being held on beautiful Lake Bled in Slovenia.  This is possibly the… read more