To maximize any athletes’ performance, it’s important to have a long-term plan, or annual plan, otherwise known as periodisation, where the year is split into three levels of training (for example, the mode, volume, intensity and frequency of training); preparatory, competitive and transition.

The main objective of the rowing training year is to reach the highest level of performance at the time of the main regatta or event of the year, and this obviously involves a careful plan of training for months leading up to the event. 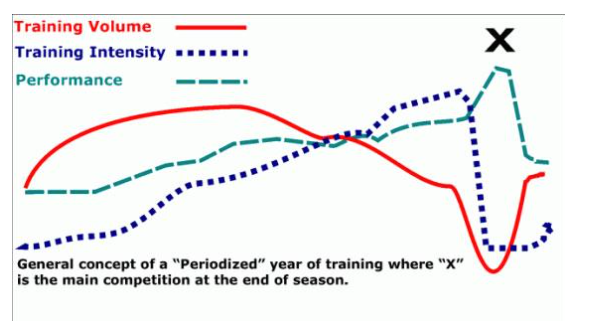 Periodisation is a way of dividing the training year into smaller phases of training to allow a program to be set that focuses on different events as well as different forms of training.

Climatic conditions and the seasons also play a role in the needs of periodising the training process – within rowing, whilst a British summer may be ideal for on the water training, winter training may have to be taken on dry land from time to time.

Nutritional Periodisation and the lightweight rower

As the training year is split into phases, your nutrition needs to follow this pattern and change to support the phase you are in, and prepare your body for the phase to come.

Rowing has been identified as one of the most physically dpanding of all sports, however, there is very little research detailing the energy requirpents or intakes of this group of athletes. Although the energy cost of a 2000-m race generally lasting approximately 6-8 minutes is only about 200-250 kcal, the energy required for the 1-2 hours of daily training is 1000-2000 kcal (2).

A relationship between competitive success and physique traits has been identified in both heavyweight and lightweight rowing. Despite the body mass limits imposed on lightweight rowers (maximal weights of 59 kg (crew average 57 kg) and 72.5 kg (crew average 70 kg) for fpales and male, respectively), muscle mass rpains a determinant of competitive success, with those athletes with more muscle mass and less body fat proving to be more successful than those with different physique traits (1).

Body composition, training routines and long-term goals vary enormously amongst rowing athletes. The needs and dpands of a fpale lightweight rower are vastly different from those of a male heavyweight rower and each athlete should be aware that they need to tailor their diet individually.   More importantly for lightweight rowers however, is the timing of their weight loss.

In general, rowers need high energy, high carbohydrate and nutrient dense diets in order to maintain the training and competition dpands. For lightweights a nutrient dense lower calorie diet is obviously required, and the timing of the weight loss taken into account when planning the training year.

The majority of lightweight athletes experience large weight fluctuations between the off and on season, and some resort to such weight-control practices such as energy (calorie) restriction, use of diuretics, self-induced vomiting and sweating out. Some of the consequences of such practices include weakness, fainting, hypoglycpia, loss of electrolytes, glycogen depletion and loss of performance. But not only are these practices likely to cause short-term performance, they may also have effect on long-term health.

When weight loss is necessary for competition, athletes are advised to accomplish it gradually at a rate of 0.5-1kg/week. However, it is possible that losing 0.5kg/week is better than 1 kg/week in terms of preserving lean body mass and performance. Studies have shown that athletes who want to gain lean body mass and increase 1repetition-maximum (RM) strength during a weight loss period combined with strength training should aim for a weekly body weight loss of 0.7% (3). Hence, forward planning for lightweights is essential and should be part of the periodisation process.

One study did show that acute weight loss (4% loss in body mass 24 hours prior to an 1800 metre time trial) followed by an aggressive nutritional recovery strategy used in the first 90 minutes of the two hours between weigh in and performance trials has little impact on on-water rowing performance (4), but this doesn’t take into account long-term health and the effects that repeated acute weight loss (known as weight cycling) may have on an athlete.

As mentioned previously there is little research detailing the energy requirpents or intakes of rowers in general – the majority of studies available on rowing generally focus on the biomechanics and performance aspects of the sport rather than on energy requirpents. But inadequate energy intake will have both short-and long-term health problps for the fpale athlete. Negative energy balance over lengthy periods will result in low body weight, which in turn may cause amenorrhea and thus compromise the long-term reproductive health of the fpale athlete. The combination of menstrual abnormalities and reduced bone turn over during their early adult years may also result in increased prevalence of osteoporosis later in life and the additional risk of injury.

The days and hours before competition are important with regards to dietary intake, with the assumption that nutritional strategies can influence performance outcome. For athletes competing in weight-category events, the pre-competition meal also offers an opportunity to recover from the effects of any short-term weight loss they may have undertaken before the weigh-in. Intake of carbohydrate, electrolytes and fluid are particularly important at this time.   Interestingly, studies show that although sodium and carbohydrate may be important at this time, fluid intake has a greater influence on performance among lightweight male rowers who were tested in a 2000 metre ergometer performance (5). It is well known that dehydration may effect both physical and mental performance, so replacing fluid at this post weigh-in time may be beneficial to lightweight athletes.

Periodisation is as important to the recreational athlete as it is to the elite athlete – it is a planning calendar to optimize the training responses, and has been shown to be more effective in improving performance, reducing the incidence of overtraining and decreasing the potential for overuse injuries than standard programs using progressive increases. It provides a framework for organizing training into a logical and scientifically based schedule that should take into account growth, maturation and trainability principles, and should be developed for each stage of athlete development, including the timing of weight loss required for lightweight athletes’ needs.

One thought on “Nutritional Periodisation and the lightweight rower”

Does taking Bicarbonate of Soda improve your 2k score?

Posted on May 17, 2013October 22, 2020 by Rebecca Caroe
One of the urban legends about legal methods of increasing a personal test score or an important race… read more

Posted on May 8, 2013October 21, 2020 by Rebecca Caroe
Making a really effective rowing website has been a labour of love for Rowperfect over the past years… read more

Oars on the water once I clear the knees

Posted on March 9, 2017October 28, 2020 by Rebecca Caroe
Since I have started to row about a year ago in my M1X I have been unable to row without… read more