Here’s your weekly opportunity to enjoy tales from others who also love rowing.  This weekly round-up is for a short list of interesting, in-depth articles for you to read over the weekend.

The dream of Stephansen is to race at the Olympic Games and as the lightweight single is not an Olympic event, Stephansen is looking to qualify for London in the open single. In Denmark lightweight rowing is very competitive with the two Olympic lightweight boats for men, the lightweight double and lightweight four, hard to break into. Already these two boats have qualified for London and are stacked full of 2008 Olympic medallists including three-time Olympic Champion, Eskild Ebbesen.

My name is Azia Lafleur, I am a rower of Real Club Mediterráneo (Málaga, Andalucía, Spain).  My club is of international distinction and one of the best of our country.

We have won many competitions such as:

Our team is competing in the Women´s Head of the River Race on the 3rd of March 2012, in London.

I am writing to inquire about the possibility of renting one of your boats (8+) for us to use in the competition, and a helmsman to accompany us.

I thank you in advance for your serious consideration and await your favorable reply. 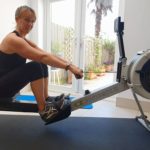 Indoor rowing technique – Do it right the first time

Posted on April 28, 2020October 14, 2020 by Tom Wall
Indoor rowing, using the erg at home was very popular during the Corona Crises. Many people have offered… read more 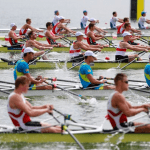 Posted on September 4, 2019October 15, 2020 by Bryan
Here is a question from our audience. It arrived a while ago. We have asked our experts to… read more