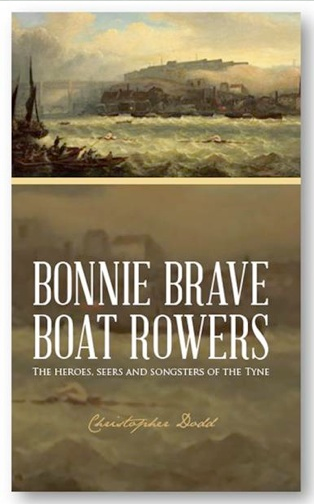 Author, historian gives overview of the sport and men who made history designing racing boats

In his new book, “Bonnie Brave Boat Rowers: The heroes, seers and songsters of the Tyne”, author Christopher Dodd examines the different aspects of rowing culture and discusses its impact in England during the 1800s and early 1900s.

The sport of rowing became popular during northeast England’s Industrial Revolution in the 1840s, creating a culture of professional sportsmanship, innovative design of racing boats and music hall songs that heralded oarsmen’s prowess on the water.

“Bonnie Brave Boat Rowers” gives a history of England’s Newcastle Christmas Handicap and how it contributed to the rowing rivalry between the Tyne and Thames rivers. Dodd tells the story of Tynesiders who revolutionised the design and construction of racing shells and sought fame and fortune from the Tyne to the St. Lawrence.

Filled with historical detail, “Bonnie Brave Boat Rowers” will appeal to readers interested in the evolution of rowing, the social history of the Industrial Revolution and the local history of the Tyne area. The book also provides a wealth of information about the development of boat design and manufacture and looks at the tensions that arose between professional and amateur rowers.

Chapter 1 – ‘The Scotswood Express’ covers backers and bookies and the murky world of cheating, bribery and equipment failure.

Chapter 2 – ‘The eye to see and the hand to fashion’ on the genius of design in boat building.

Chapter 3 – ‘Pulling clivor on the coaly river’ on the tyros of the Tyne and their fame in song and music hall.

Christopher Dodd is a freelance journalist, editor, author and rowing historian. After 30 years at The Guardian newspaper, he co-founded the River Rowing Museum at Henley-on-Thames, where he is a historian and curator. His books include histories of Henley Regatta, the Oxford and Cambridge Boat Race, London Rowing Club and World Rowing. He contributes to newspapers, magazines and blogs and is the founding editor of Britain’s Regatta magazine and the International Rowing Federation’s World Rowing. He is a board member of Friends of Rowing History. More information is available at www.doddsworld.org. 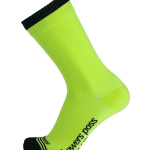 Posted on August 14, 2018May 20, 2021 by Rebecca Caroe
Each month subscribers to the Rowperfect newsletter are included in a free prize draw to win one of… read more

Why Rowing Boats are Faster in Deep Water

Posted on January 2, 2009December 27, 2021 by Raf Wyatt
Reading about the rowers at Burnaby Lake Rowing Club enjoying the new feel to their boats after their… read more