The past 6 weeks have been fairly full on! We have had our New Zealand summer season underway which has meant competing in three regattas including the national champs.

Training has been going pretty well and I am in a fairly good position at this point in the season.  The first race of the season was the north island champs, day one was blown out [windy] meaning I no heats and I just raced the final.  It was a pretty tight race between Eric Murray and myself and despite getting the lead around the half way mark I was unable to hold off Eric’s sprint, to be beaten in a photo finish.  Being the first race of the season in pretty rough water I wasn’t at all concerned with the result as had raced well first up.

Since then I have continued to improve and have won the rest of the races including the National Champs at the end of February, holding off Nathan Cohen’s flying last 500m.

After nationals it was pretty quickly into trials, this process was a lot different to four years ago and this time I just trained as normal through the week.  At the end of the week I was named in the single scull to compete at my third Olympics in London.

I was named alongside the largest kiwi rowing team ever to compete at an Olympic games, with 26 athletes named in 11 crews and 2 further crews named to go to Qualifying.  Its nice to be named and now its all focus on the Olympics which starts in about 140 days.  Time really does fly sometimes, Beijing seems like yesterday.

Its back to training now and pretty much head down bum up through until we head to Europe in May.

Mahe Drysdale has a new Rowperfect RP3 for indoor training.

Posted on July 30, 2013October 15, 2020 by Jonathan Malcolm Lewis
Our suggestions for quick rowing fitness gains As far as fitness goes, the best thing you can do… read more 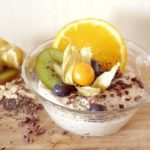