We are running a competition open to anyone resident in the UK to win a Coxmate SCT with GPS.

Look after your Cox will run until Sunday March 9th, 2008.

The 'Look after your Cox' Competition is open to everyone with an interest in Rowing, whether Coxes, Rowers, or Coaches. All we want to know is the best and worst thing a Cox has ever been heard to say. Inspiring or de-motivating comments, funny anecdotes or bad tempered rants would be great!

Enter the Rowperfect Prize Draw and you could win a Coxmate SCT Cox Box kit with a GPS sensor worth £600.

The top 3 entries with the most votes will win.

Second prize: Rock The Boat coxswain hoodie (in your choice of size and colour)

Third prize: The Down and Dirty Guide to Coxing by George Kirschbaum

Posted on September 28, 2007October 23, 2020 by Rebecca Caroe
Congratulations to Kevin Pyne from south Devon who has won the pair of Magik gates for submitting this… read more

6 Great Apps for All Your Rowing Needs

Posted on June 11, 2018October 13, 2020 by James Cameron
There are so many different apps available today that there seems to be one for your every want… read more 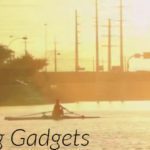 Posted on December 21, 2015October 15, 2020 by Rebecca Caroe
Kickstarter is a super place to find the new ideas for our sport – but not everything comes… read more