As a curtain-raiser to its bicentenary celebrations next year Leander Club invited a coach from Sri Lanka to witness its high-performance  programme in action, learning skills that he can put to practical use in his own country, which is seeking to establish itself as a leading rowing nation in Asia. 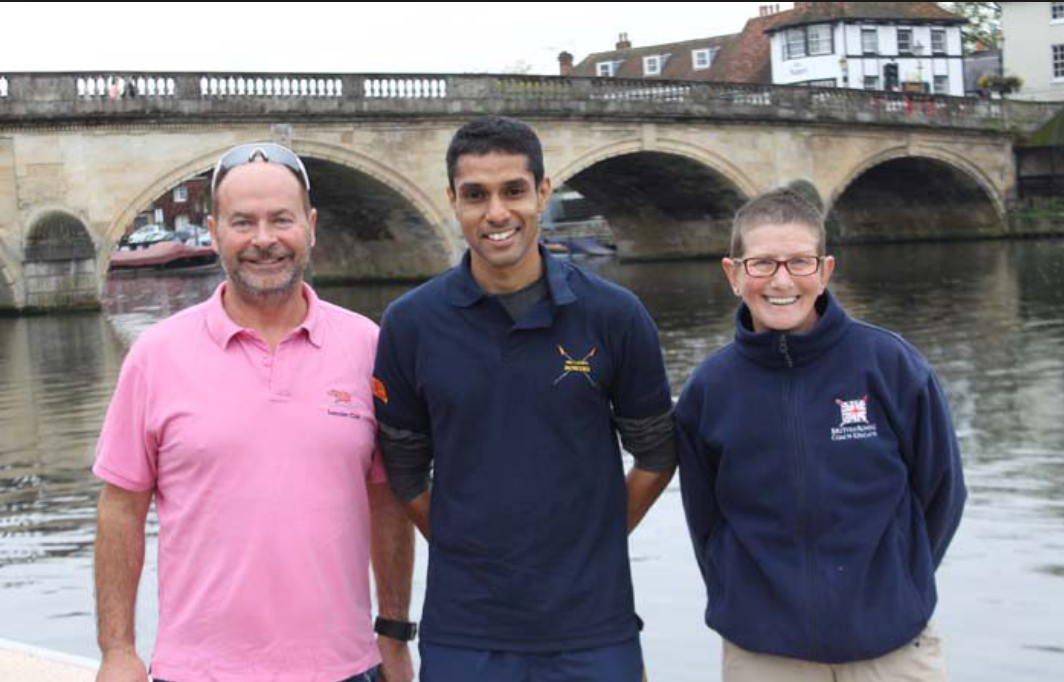 Kushal Abhayaratne spent a week with Leander’s coaching team. During his time in Henley he shadowed Director of Rowing Mark Banks, monitoring the training programme of the club’s elite athletes.

The initiative is the result of a partnership between Leander Club, FISA (the World Rowing Federation), and British Rowing.

Abhayaratne was chosen from several international candidates according to key criteria: he comes from a Commonwealth nation which is steadily making its presence felt on the international rowing scene; he has already been exposed to national and continental competition; and he is a senior coach in the Sri Lankan system, recognized through an Olympic Solidarity Project as being a leading coach by FISA experts.

Before this visit, how did you access education for your own coaching?

In 2013/14 FISA sent Antonio Maurogiovanni from FISA to visit and help Srilankan rowing coaches through the FISA coach development program.

“This was brilliant” said Kushal “as he taught us much more than just rowing technique. Through the program we learned physiology, training methodology, developing training programs etc and other areas which we needed to get the best out of the athletes.”

What is the number one thing you learned from your time with Leander Club?

To be honest I am unable to pin point 1 most important thing. I learned a lot from all the coaches. They were very willing to discuss and share their knowledge. I gained quite a bit purely through speaking with the coaches where they told me their own learnings which they have gained through many years of coaching. This experience was the most valuable as I learned from them now, [is equivalent to] what I would have learnt in 5 years time on my own. They shared knowledge gained through practical application of concepts that I knew as good theoretical concepts. This is what was most valuable to me.

I am very thankful to Mark and his team of coaches.

When approaching coach education for your team, how do you go about deciding priorities?

It’s different for each coach. First I identify the strengths and weaknesses of each individual coach and either implement training in those areas in house at Leander or I book them on a suitable external course to help them.

What are the main ways you personally guide less experienced coaches to improve their skills?

Having regular athlete or coaching staff meetings on high performance subjects and have the less experienced coaches join us and listen and ask questions after.
I am fortunate to have a large coaching team of 9 and half of which used to row for Leander and GB so they are pretty experienced already.

If another club wanted to offer a similar service, how would they go about getting involved in this programme?

Leander has worked very closely with FISA and British Rowing on this for a long while and it’s been a real success. I encourage interested clubs to contact British Rowing initially and take it from there.

Posted on December 4, 2011October 21, 2020 by Rebecca Caroe
Are you planning a camp?  Tell us where your favourite rowing camp locations are and we’ll share them… read more 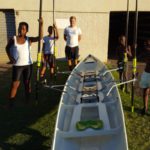 Posted on August 8, 2018October 16, 2020 by Rebecca Caroe
Johannes Felsner from Osnabrück coaching rowing in Africa In Germany, it is very common for young people do… read more