Congratulations to UCL rower, James Cook the first recipient of the World Rowing Parmigiani Award.
His club wins a new Filippi 8 and he gets a swanky watch!

Read on to see his citation

James Cook began rowing eight years ago at the Eton Excelsior Boat Club located on the banks of the River Thames just outside Windsor, Great Britain. While his involvement in rowing began with the simple participation in a popular sport at his school, it quickly grew into a partnership that would take him around the world and inspire many.

Cook’s world travels began when he raised money to fund an expedition to northern India where he taught mathematics in schools and worked with Village Water, an organisation that works to bring clean and accessible water to people around the world. His work with Village Water led him to participate in the first ever 1,000km row down the Zambezi River in Zambia, which raised more than $40,000 for the organisation.

The group of twelve rowers took one week to complete the journey, an impressive feat considering Cook and his teammates had to first teach the students from the University of Lusaka to row. Cook saw this as an opportunity to bring the sport of rowing to Zambia and is currently developing a sculling camp to take place on Lake Kariba, Zambia in summer 2014.

Back home in London, Cook studies engineering at University College London and his high marks in his Design Module earned him sought?after project supervisor ? Professor Mark Miodownik, who is in ‘The Times top 100 most influential scientists in the World’. Cook rows for the University of London Boat Club. Despite 50 hours per week dedicated to courses and 14 training sessions, Cook also coaches at his local college club.

James was elected by his fellow students to act as the year group course representative, sitting on the Engineering Faculty Committee and influencing the engineering faculty to consider joint projects between engineering disciplines to help stimulate a creative culture. The results can be seen in the recent number of undergraduates involved in the UCL enterprise awards. James has also acted as mentor to the new first year engineering students dedicating time each week to support other students.

Posted on September 28, 2012October 28, 2020 by Rebecca Caroe
Here’s your weekly opportunity to enjoy tales from others who also love rowing. This weekly round-up is for… read more 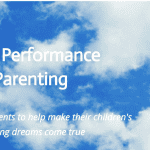 Posted on April 15, 2018May 20, 2021 by Rebecca Caroe
Each month subscribers to the Rowperfect newsletter are included in a free prize draw to win one of… read more