When aiming for the top and the pinnacle of success (Olympic Gold) in any sport, sacrifices are often made. We get a chance to catch up with New Zealand U23 Squad Member, Laura Fischer, about her passion for rowing – firmly setting her sights on becoming a world champion. 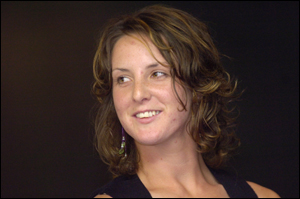 What was it about rowing that struck your interest and has maintained your passion for it?

In the beginning it was the uniqueness of the sport – it was different to the rugby, netball side of sports, they are very common in New Zealand but it is more the beauty of the early mornings, the ability to push yourself everyday that maintains my interest.

At what point did you realise that rowing was more than a hobby for you?

I may have been a bit slow on the uptake but probably after my first year in the NZ Under 18 team where we had to move to Karapiro to train for 10 weeks before going overseas to compete for another 3 weeks. Once I had given up that amount of time in my seventh form year it was pretty apparent that Rowing had become a very important aspect of my life.

How has rowing affected (positively or not so) your education/school life?

Study and rowing is hard work. I can say that it has only ever detrimentally affected my studies since high school.

How do you balance your time between studying and training?

I don’t think I could honestly use the word balance to describe how I fit study in around rowing, rowing comes first always. The intensity of the training makes it difficult to study not only because of the time training takes up but also that when you’re at home you’re exhausted. It’s often just a matter of making yourself sit down and get some study done when you get the chance and playing catch up every chance you get. I’m lucky that Waikato Uni and my lecturers are always really helpful and understanding.

How do the world champion athletes that you are surrounded by influence you, your performance, your training?

We are extremely lucky in New Zealand in the way our high performance centre is set up to have all members of the New Zealand team train together. When you are surrounded by people who push themselves that hard and succeed at that level it makes it the norm to push yourself to those lengths and to not be satisfied until you are the best in the world. It is very inspiring to be in an environment where everyone’s goal is to be the best in the world and everyone is pushing themselves everyday and where anything short of being a world champion isn’t enough. 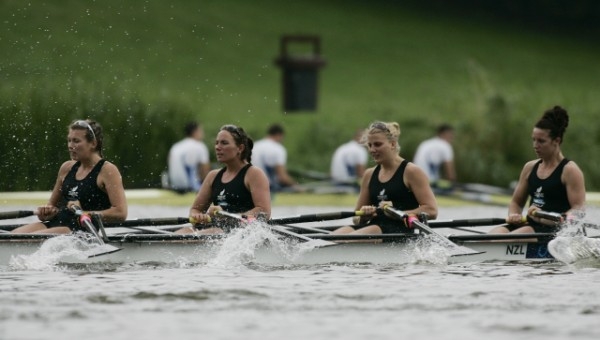 Laura (far right) with her Quad at the World U23 Rowing Championship 2011 held in Amsterdam.

You have recently competed in the World Rowing U23 Championships and placed 4th in the Quad Final. What are your thoughts on that race being the last time you are eligible to compete at that level?

Fourth is always a s**t of a place to get and to have missed out on a medal in my final year of Under 23s was very disappointing.

Where to next with respect to Rowing?

NZ Summer Squad trials on 7 Oct (Postponed to a later date) and training hard until Nationals and New Zealand squad selection in Feb/March 2012.

And lastly, where do you see yourself in 5 years?

Competing in the 2016 Rio Olympics

What Are The Best Rowing Quotes

Posted on July 29, 2013October 20, 2020 by Tobi
We recently interviewed the minds behind Rowing Confessions Have you got a couple of favourite quotes? They are… read more

Posted on June 29, 2016October 22, 2020 by Rebecca Caroe
Announcing a new addition to our shop in the ebooks section, Marlene Royle’s Tip of the Blade.  Over… read more

Posted on November 2, 2018October 15, 2020 by Rebecca Caroe
Did you know you can listen to past RowingChat interview podcasts? All our recordings are available for download… read more