Ich bin ein Berliner.  John F. Kennedy uttered these immortal words as he stood in Berlin in 1963 and spoke to the locals about how he and the USA stood with the people of Berlin against communism and the Soviet Union.  Despite the arguably dodgy grammar, and thick accent, his meaning was clear.

The cold war and the spectre of Russian tanks rolling across Europe are part of the past.  Berlin is no more a heavily subsidised island of frivolity and democracy in a grey sea of oppression but the capital of a newly reunified and peaceful Germany.  Historians and commentators try to tell us that Ronald Reagan and Maggie Thatcher won the cold war.  Bollocks.  Our side won because our ideas were better; the mass of people on the other side of the wall wanted to live like us, not how they were condemned to exist.

Today our enemy is the amorphous but frightening army of terrorists.  Labels are often misleading, but there are enough angry young Muslim men who want to kill us and our kind, and paralyse our society, that it is increasingly difficult to remain tolerant and committed to an open and free society.  We read of groups such as Islamic Jihad and al Qaeda that are committed to killing us and extirpating our society.  Their tactics include forcing us to be as repressive as they are, and to turn our free and tolerant community into a miserable and totalitarian place like theirs.

As an aside, how many Muslim regimes would tolerate a blogger such as me linking to the enemy’s websites as I have done above?

The latest terror attack was in Boston, just across the Charles River from Cambridge MA.  The target was a festival of fun and enjoyment, the Boston marathon. 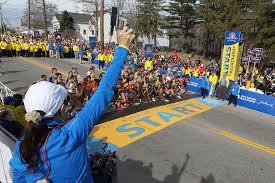 Cambridge is home to another great folk festival, the Head of the Charles rowing race. 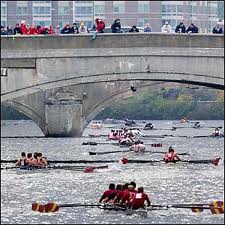 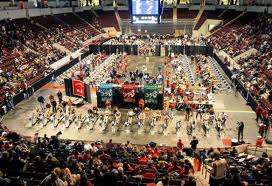 By chance or serendipity Cambridge is a name that echoes around the rowing world.  At least three Cambridges are major centres of the sport we love.  Cambridge New Zealand is home to the New Zealand team that is so fast and exciting these days. Cambridge UK  is home to the great Light Blue crews and one of the greatest concentrations of rowers on a tiny piece of water in the world. Cambridge MA has Harvard and all the other Charles River denizens and the CRASH B’s  as well as the Head of the Charles.

All three have been part of my life:  I spent three years coaching at Cambridge UK and rowed my last races there for the Champion of the Thames club.  My first big races were on Karapiro near Cambridge New Zealand and I spent last weekend coaching there.  I have only coached once on the Charles and my crew was disappointing but the river and the city definitely weren’t. 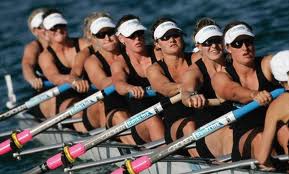 So how does this tie in with terrorism?  I am a citizen of Cambridge.  My values, and the values of my fellow rowers and metaphorical citizens of Cambridge, are diametrically opposed to the warped and twisted precepts that the bombers of the Boston  Marathon espouse.  Most of us are helpless to do anything directly to defend ourselves, or to attack the terrorists but we can indirectly fight them.  If we carry on celebrating the fun and joy of our sport as a way to express our belief that our way is better than the way the terrorists espouse we will be helping to tear down the walls between us and to disarm them.  Ideas are more powerful than bombs.  Sport is an idea, an expression of how we want to live and eventually the best ideas will win.

How many of the medal winners at the last World Championships came from totalitarian societies?  Not many.  Maybe rowing fast is easier in a free country?

Posted on July 8, 2007November 2, 2020 by Rebecca Caroe
We will be in Henley this week and so if you need anything and want to collect direct… read more

Posted on August 3, 2015October 21, 2020 by Rebecca Caroe
From now until the start of the 2015 World Rowing Championships on August 30, purchase a Canada Compression Sock*,… read more

Posted on August 5, 2015October 21, 2020 by Rebecca Caroe
Diehards won’t use gloves – but anyone who has suffered the agony of deep blisters will appreciate these… read more