David Hudson is known to many of you as the man behind the phone at Rowperfect.  He told me about his first race using the Coxmate GPS. Amazingly, Dave has never won a race in a 1x before in his long rowing career!

I know the distance of the course – Weybridge Silver Sculls.

With the Coxmate GPS the stream doesn’t affect the distance.

I decided I needed to do a split of 2:30 or better to get my target time of 16 minutes.

The course is 3,300 meters long.  And so I divided one into the other and found the split time I wanted.

Then I just ensured I kept it under that split.

It worked and I won the Vet H1x

My first win ever in a single!

Posted on June 11, 2018October 20, 2020 by Rebecca Caroe
Have you been watching this season’s F1 races?  Around the world each fortnight the Red Bull Racing team… read more 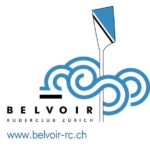 Posted on March 6, 2013October 22, 2020 by Rebecca Caroe
My question is, my daughter is 14 she was inspired by the Olympics and in August joined a… read more