We’re on the lookout for mispronounciations from the official and unofficial commentary.

And Claire Innes renames one event as the “Princess Albert Challenge Cup”! 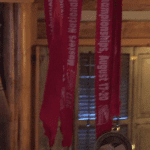 Posted on August 9, 2018October 15, 2020 by Rebecca Caroe
Take 1: The Nationals ended as every regatta should:  with a total eclipse of the sun. Actually, the… read more

Technique Adjustments To Stay Happy – EVEN ON AN ERGO!

Dreher at the World Championships

Posted on August 27, 2007October 23, 2020 by Rebecca Caroe
The USA Mens Quad are using Dreher round sculls in their equipment for the World Rowing Championships currently… read more