Weve written before about helping out clubs and regattas who need to borrow equipment.

Well this was the first time we have been asked to help at a World Championships. We were approached by the USA WL1x coach, Mike Naughton asking if he could get some Dreher Apex sculls.

Thanks to our Scottish-based Agent, Ailie Ord, we were able to lend a pair of sculls to Nicole.

Heres a photo album from the regatta (including lovely images of her painting the sculls). And a nice note of thanks from Mike

The oars were great, as expected. I have always liked the Apex blades, and Nicole prefers them as well.

Nicole raced well, but she was a bit off the pace of the rest of the competitors. She finished 15th overall. Shes been sculling seriously for about 8 months, so Im very pleased with her development to this point.
After racing the repechage defensively in the very rough water, she realized that she had to remain aggressive in her final regardless of the conditions.

In the C Final, she had put herself in 2nd place and was moving slowly on 1st, and then she got caught up in rough water and buoys and dropped back to 3rd. But then she recomposed herself and moved back into 2nd. Again, the water got the better of her and she fell to 3rd. She crossed the line in 3rd while still trying to charge back and recover the lost ground. With more experience, shell be able to handle those conditions much better while racing. What I was very pleased to see was that she never gave up or got frustrated – she just kept trying to charge back.

I was mistaken to expect the U23 Worlds to be a notch below the level of the Senior Worlds. I would describe most of the competitors as Senior level athletes who happen to be younger than 23. It was definitely impressive to see the level of such young athletes.

Thanks to both of you for arranging the use of the Dreher Apex oars.
Cheers,
Mike Naughton

Glad to be able to help, Mike!

And some of the photos…

Posted on June 25, 2015October 29, 2020 by Rebecca Caroe
Fitboard, a fitness startup, is looking for beta testers for its mobile application. It’s a fitness tracker where… read more

Posted on December 4, 2006October 23, 2020 by Rebecca Caroe
This is a really cute demonstration of the new MKIV monitor. It *looks* like the real thing and… read more 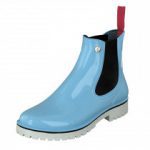 What shoes to wear before rowing

Posted on November 13, 2019October 14, 2020 by Rebecca Caroe
A question from the Masters Rowing International group Old running shoes seemed to be ok for moving along… read more