Veteran athletes racing in the Head of the Plym at the weekend in a double scull were the third fastest overall time of the whole event beating larger boats. The increase in speed was put down to the Aero sculls that the crew has been testing.

Further, we have had news from Durham Boat who make Dreher sculls. This was written to Paul Thompson, Ade Roberts and Rosie Mayglothling of the British Rowing team who are also testing the Dreher Aeros for their athletes

We have done quite a lot of [Aero scull] testing with US and German National Team athletes.

The test was an efficiency test and we rowed 200m meters on wind protected water, only 30m wide and 500m long stretch. All tests were done in single sculls at a speed of 3.5m/s and at Stroke Rate of 36. Speed was recorded with both, GPS and SpeedCoach and the boat was up to full speed once at the 0m start line.

We measured the power that needed to be applied to the oarlock to maintain the speed using an oarlock mounted force measurement system.

So far we have done 237 test rows and we do see a clear tendency of the Aero scull to being more efficient, using about 1.5 to 2.5% less power for the same boat speed of 3.5m/s.

We are trying to collect more data. Of course there were some athletes whose data stood out. For example Manuela Lutze, German sculler, four time Olympian. Her rows showed improvements in speed of up to 4%, consistently in all 10 pieces she did after having just one 6k practice to get used to the sculls. 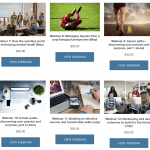 Posted on September 24, 2018October 15, 2020 by Strength Coach Roundtable
We’re back! Blake and Joe and I had a great and wide-ranging discussion on low back pain in… read more