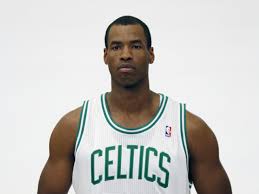 There was ground breaking news from the NBA this week.  Jason Collins, 12 year veteran, 7ft centre and Stanford graduate has come out as gay.  Amazingly he is the first professional athlete from any of North America’s four big sports leagues to come out.

Collins was apparently prompted to make his brave move by the Boston bombings, and his realisation that life can change in an instant.  His comments in the mass of interviews and articles produced by the media over the last few days show him as an intelligent and self-aware man, a player any of us would be glad to have in our team, in our crew.

The media fuss around Collins has prompted me to think about similar issues in our sport of rowing.  Are there any openly homosexual top rowers out there? I don’t know. Does it matter?

In my experience over the last 40 years I can’t remember any openly homosexual top athletes among the men and only a few discreetly lesbian women.  At the lower levels (measured strictly on performance) there are more and, in fact, I was surprised by the on-line resources that appear if a search for “Gay Rowers” is tried on Google.

When I joined A.U.S.R Orca  in 1999 I was inspecting the fleet and noticed one eight that was named in pink and with a different font than all the other club boats. When asked the why this boat was different the club’s maintenance officer coughed and l got a half answer about it being bought by a group of ex-students.  Later I discovered that they had formed a crew to race at a gay sports festival, bought a boat to race in, and subsequently donated the boat to their old club.  All this was admirably open and tolerant and just a touch surprising to a boy from the boondocks.

Data are confusing but the best estimates available suggest that around 3.5% of adult Americans are of a different sexual orientation rather than straight heterosexual.  (My internet research for this article has introduced me to the acronym LBGT and I know a little more about this area of humanness than I did a few days ago.) So if such data are accurate the chances of there being gay rowers at the top levels of our sport is high, virtually a certainty, if we reflect society in this.

If this is the case then why are none of them a public figure as Jason Collins is and, earlier, Martina Navatilova was?  Is it that rowing is so socially advanced that we don’t care?  I would like to think so but I doubt it. 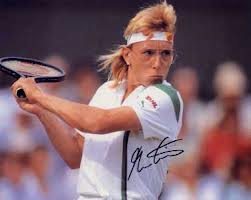 An alternative hypothesis is that rowing doesn’t appeal to gay athletes, I doubt it.  Or, and I can’t even begin to believe it, heterosexuality helps you row fast.

So what is the answer?  I don’t know but my suspicion is that that rowing society is a little mirror to our wider society where people who want to be different feel the need to hide from the disapproval of the majority. If this is the case it is an indictment of all of us. 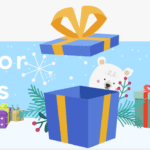 Ready for Christmas? How to judge your gift perfectly

Posted on November 19, 2018October 6, 2020 by Rebecca Caroe
Hey hey – Rowperfect’s going to be saving you a whole lot of time and thinking as we… read more

Most Popular Posts for 2010