I was witness to the dead heat between Seeclub Zurich and Molesey – I thought Seeclub had won (though I was nowhere near square off the finish line to see) as they put in a magnificent sprint of high rating strokes towards the end and they stopped rowing first.

But the Stewards ruled a photo finish dead heat and a re-row will happen tomorrow morning.  This means the winner will have to race twice in one day as the normal schedule of racing is one race per day.  Hope the head wind drops because that was a very long race.

Read Row2k race report for more .  Or the Telegraph.

I did a bit of research as this intrigued me as to when others had happened at Henley and found this lovely photo on the Quintin Boat Club site of a Thames Cup dead heat in 1954. 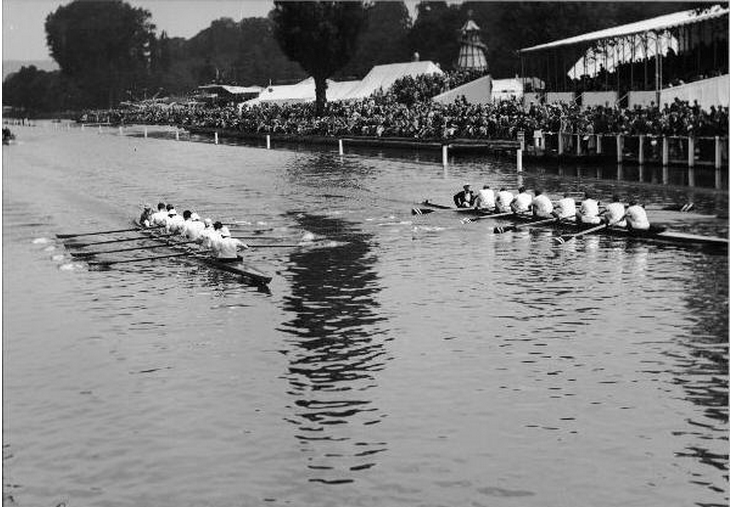 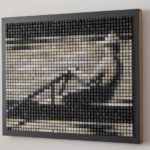 Posted on July 20, 2018October 16, 2020 by Rebecca Caroe
Creative rowing artist Peter Schonwandt has a unique method of making his artworks – they are built from… read more

Posted on July 1, 2009October 21, 2020 by Rebecca Caroe
A classic hot Henley started today. I am graced with a press badge and so will be in… read more