Part of life as rowing coach in Zurich in the winter is coaching in the dark. We only have light from about 07:30 till 16:30 so during the week the choice is usually land training or rowing in the dark. I have been choosing to row in the dark recently as we have been preparing the Belvoir RC club for the long distance race from Ellikon to Eglisau. 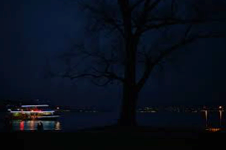 So how effective have we been. Does 70min on the water where the cox’n and coach can’t see much really help? Would we be better off doing a well targeted ergo session where the workload can be individualised? I certainly get frustrated as a coach driving along in my speed boat and acting more as a saftey boat than a technical advisor. The cox’ns certainly have my sympathy; steering a 17metre missile when you can’t see much must at times be terrifying. 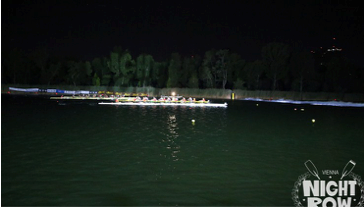 Rowing in the Dark in Vienna

When I think back to rowing myself we used to enjoy rowing in the dark, and it usually seemed to go well. We came to the conclusion that there was some of the effect was simply that the boat felt quicker because we couldn’t see anything but that being forced to focus on senses other than sight we often came to row better together.

From this realisation we developed the habit of rowing eyes closed in the daylight to push this idea that timing and coordination between crew members was better served by feel and sound than by sight. In a straight four we decided that the stroke should keep his eyes open at all times! I used eyes closed as an exercise a lot in my early days of coaching and was continually impressed by how easy most rowers found it to keep in time without the benefit of sight.

So this last week we had a great training session in the dark with the men’s eight. They felt they had rowed well, worked well, and made progress. I felt I had made some very ordinary comments, not seen much (What a surprise!) and not contributed much. Over breakfast I realised that I had been guilty of rating my input too highly. If the crew were happy, and better than before, did it matter that I felt a bit unnecessary? Which, of course, led to further introspection; what use was a coach?

My take away from all this thinking, aided by two cups of good coffee, was simple. Don’t confuse what is good for the coach with what is good for the crew. All of us are to some extent coaching in the dark; our job is to shine an occasional light on the progress of the crew. It is too much to expect to be continuously brilliant.

As an aside, I really liked this You Tube clip.

Posted on December 24, 2012October 23, 2020 by Jonathan Malcolm Lewis
Happy Holidays From Everyone Here At Rowperfect – Enjoy The Quiz! [WATU 1] Remember to post your scores… read more