Harry Mahon working with me.

I met Harry in April 1988 on a lake in Switzerland.  I was 16 participating at a 3 day rowing camp.  Harry at the time was the Swiss national team coach.  That morning I had heard that “He” was coming to watch some of our club row.  I had no idea what he looked like, sounded like, all I knew is that he had a beard and was from New Zealand.

As I sculled my single on a amazingly glassy lake, a morning so crisp that sound traveled for miles, and clock towers from different villages along the lake created a symphony celebrating the holy weekend.  I spotted at one kilometer across the lake Harry and a couple other club coaches following a men’s straight four.  Then the launch veered of and started approaching.  I later heard from one of my future junior coaches that Harry suddenly spotted me at a distance and asked who that was and the answer given:  “A new kid, he comes from France, has a Swiss passport, speaks English, a big kid, needs some work.”  At that moment my quest for Olympic gold in the single scull took a serious turn to reality.

My work with Harry spanned from 1988 to 1992.  I had the pleasure to work with Harry in Sarnen, Switzerlandduring summer vacations in preparation of the junior and senior world championships and my first Olympic participation in 1992.  He came to coach me a couple of times in Fontaine bleau, Francewhere I lived as a kid.  Scott Roop and Steve Gladstone our Brown University coaches in Providence Rhode Island had the pleasure to have him visit me and get his opinion on our Freshmen eight, as I was also training the single scull to prepare for the Olympic qualification.

I have several memorable experiences with Harry regarding sculling technique. He reminded me constantly that him pulling 1:47 at stroke rate 20, with his body size is only the result of hanging from the leg drive and connecting with the upper body without pulling.  He would watch like a hawk for any contraction in the upper body that came prematurely during the leg drive.  While he coached us on the rowing machine, he would stand next to me and mimic relaxed shoulders with hands drawn to the side of the ribcage, with a totally relaxed face, and say, that the stroke is executed in a powerful relaxed way.  Harry loved the Rowperfect and knew how difficult it was to teach pushing and hanging on a static rowing machine.  Harry’s ability to understand, push and hang, without ever having been a record smashing rower himself is really remarkable.  He simply had a great understanding of body mechanics and the Eye.

He made me row circles on different lakes, explaining me how the blade needed to be extracted at the finish and how I had to catch on the way up so that I would not miss water and cancel out any chance of rowing it in.  I would scull along his coaching launch and he would mention squaring the blade earlier and quietly tell me that I started to move away from the constant speed the launch was traveling at.  One of Harry’s trademark coaching technique was to observe the stern of my sculling boat and help me understand what an efficient pick up was.  He would pull the launch right behind my stern so that I had the ability to gage my boat movement with the constant speed of the coaching launch.  On good catches my single scull would stay at a constant speed away from the bow of Harry’s launch, when I missed, his launch would surge towards me, scarring me at the beginning, when in reality it was me checking the boat, because of a poor catch… rowing it in.  At times he would comment every single catch for minutes at a time to let me know whether the way I was doing it was correct or not here is a sample: “No, no, no, no, no, yes, no, no, no, no, no, no, NOOO! Zeino, you have to hang from the shoulders, you go like this, I would look at him and he would shrug his shoulders, blow air in his cheeks, and bend the arms and I would curse inside of myself and want to break boat and oars once I came on the shore with my fits, I never did.  Then one day in Providence, suddenly started hearing: “Yes, yes, yes, yes, yes, yes…” tears started flowing over my cheeks and I stopped the boat, and began cry.  I finally felt it, at the time I could not describe in words, how I did it, but I felt it and I could recreate it.  Today, I can describe everything that Harry taught me and convey it to scullers and rowers whom I have the pleasure to coach.  Harry pulled his launch up to me and asked what was wrong.  I gathered my strength and controlled my mixture of emotional happiness and urge to go to rowing war. I said: “Harry, I get it, I GET IT, holy s..t, I G-E-T it!!!” I then saw his smiling face, his blue eyes, his friendly smile come through his beard.  He was happy, he LOVED giving this type of “AHA” moments to rowers of all ages, nationalities, and caliber.

Thank you Harry, you enabled me to become an Olympic gold and silver medalist, and Olympic record holder.  You gave me athletic freedom that lead me to California where I met my wife and now have four wonderful children.  Thanks to you and the people who supported me over the years I can say that I have no regrets and that you were a huge part of it by sharing your passion on the water and believing in your talent as a coach and the ability of the people you worked with.

Do you have a coach who influenced you?

Would you like to write an article about them? Remember, they don’t need to be famous. Just email us if you’d like to write about your favourite coach, and we’ll post it to our blog.

Read our other ‘My Coach’ blogs:

One thought on “My coach: Harry Mahon by Xeno Muller” 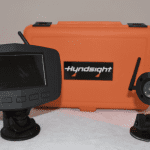 Posted on September 30, 2018October 14, 2020 by Rebecca Caroe
Hyndsight is the new star at the Para-Camp in Sarasota Thought I would share this story since it… read more 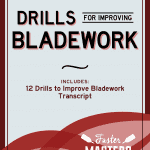 The rowing stroke catch – a millisecond

Posted on February 20, 2018October 14, 2020 by Rebecca Caroe
The catch is one of the most important parts of the rowing stroke and it’s over in a… read more

The New Coxmates have arrived!

Posted on December 4, 2006October 23, 2020 by Rebecca Caroe
The new Coxmates have arrived! They have arrived! We have demo units available for you to try out.… read more