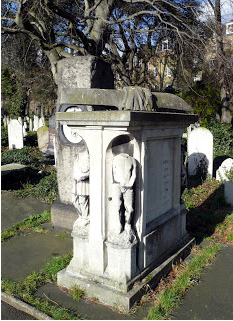 And now for a rower’s grave not quite a statue but a great representation of a professional oarsman.  Robert Coombes is buried in London, UK and his grave acknowledges his achievements all documented in the Rowing for Pleasure blog.
It is a chest tomb about seven foot high, guarded by a carved figure of a waterman at each corner. Coombes’s boat lies on top, upturned on shore, with his traditional watermans’ coat lying across it as if abandoned.

This monument was erected by public subscription
by the warm friends and admirers of
ROBERT COOMBES
Champion Sculler of the Thames and Tyne
Born in 1808, Coombes was a London waterman, a member of the guild that for centuries had ferried passengers on the Thames. Watermen had always raced, particularly for the prestigious Doggett’s Coat and Badge. 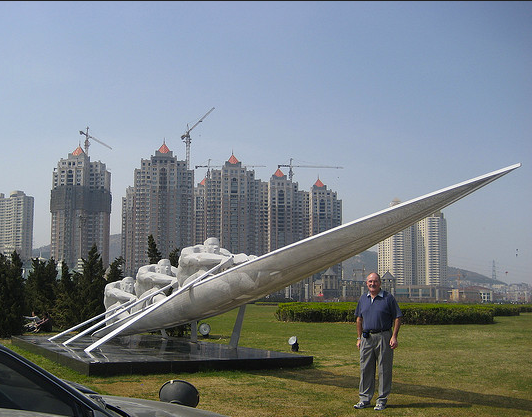 And from China a giant stylised sculling crew – there are lots of sports represented in Dalian’s Xinghai Square all in white / silver and stylised to be over-sized humans.  There are representations of rhythmic gymnastics, ski-ing, cycling, softball, basketball, javelin, running and and this brilliant crew.  Rowing themselves into the ground?

Posted on September 4, 2012October 28, 2020 by Rebecca Caroe
We found this fabulous designer doing ‘graffiti-style’ t shirts for rowing.  She has a Sportsterr t-shirt store including a… read more