A guest post by Jason Dorland – a coach whose mission is to improve coaches’ skills as educators.

In almost every instance young athletes learn that winning, not losing is the preferred outcome in competition. They learn it from their coaches, from their teachers, from their parents, from teammates and their peers. A few games into their season, it doesn’t take them long to discover that when they win, everyone tends to be happier. Understandably, winning is fun and we generally celebrate our successes. The trouble is they also learn that losing, therefore, is less fun—even wrong in some instances. And, that’s where the damage often begins.

I can still remember winning my first hockey game when I was ten-years-old. Man, that was fun! Our coach was thrilled. Our parents were overjoyed—one of the dads even bought donuts for the whole team. Naturally, us young hockey players were pretty excited as well. I mean, what was not to like? We had free donuts! And, our head-coach was in a good mood.

As much as I remember that glorious moment of stuffing my face with a chocolate glazed donut, I also remember the first time we lost. Talk about climate change! It was like Old Man Winter himself came into the change room. The coaches were no longer happy. Nor were our parents. There were no free donuts, and we were left wondering, “What—all because we lost a hockey game?”

Following those Games, many of the athletes will retire from their sport. And, as is so often the case, a number of them will struggle through that transition as they seek to create a new life outside of the one that many of them have known since childhood. [Editor note: A website for athletes transitioning to retirement CrossingTheLineSport run by Rowing Ireland’s former athlete Geroid Towey]

I believe one of the reasons that transition is so difficult for athletes is because of the messaging that began for them when they were younger. They learned, as I mentioned earlier, that their coaches liked them more when they won and less when they lost. Naturally at that young age, their survival mechanism kicked in and they endeavoured to keep their coaches happy. Furthermore, doing what we humans do so well—make meaning of everything—they began to establish a belief that defined them, “I’m good when I win and not so much when I lose.”

In keeping those important adult figures in their lives happy, they develop their self-worth through sport and more importantly through winning. As competitive seasons progress, their identity has been formed through their participation in sport. And, for many athletes, it’s the first and most important identity they form.

As they get older and experience greater success compounded with further messaging that they have more worth when they win and less when they lose, sport becomes the vehicle by which they not only garner their identity, but also their self-worth as well.

When that vehicle is taken away—when they retire from sport—not surprisingly, many of those athletes are left lost with nothing to identify with and thereby nothing from which to achieve their self-worth.

Invariably these individuals acquire a familiar label—Type A personality. The interesting thing about this label that so many in our society wear as a badge, is that it’s not really a compliment. The essence of it’s meaning is that one strives to achieve worth outside of themself by setting lofty goals that they incessantly chase after. The end game is to appear worthy in the eyes of those around them once they’ve achieved success. Trouble is it’s never enough. Once the goals are achieved, they set others in the hopes that, ‘this time I’ll be good enough.’ Sadly, the good enough never holds, and they’re lost again striving for that elusive moment of joy when they recognize their own self-worth.

This pattern is born out of the early messaging that we coaches provide, and should lend us a moment of reflection—am I setting my athletes up for a future life of chasing their own self-worth?

If your athletes are upset when they lose, engage in a conversation that seeks to understand why. Try to unpack the old messaging that has resulted in that response and see if you can’t redirect the dialogue to explore ways to get better for next game.

“I love to watch you play!” These five words having been making the rounds on coaching websites in the last year. I’m not proposing you say them ad nauseam to your athletes. What I am suggesting however is that you embrace their meaning when you coach. Be excited about coaching your athletes for who they are, not what they do.

These easy guidelines provide a foundation by which coaches and even parents can begin to alter the thinking of our young athletes. Thereby creating a healthier environment for them to develop and flourish. The bonus is—when individuals who already value themselves compete; they no longer rely on the results of their performance to provide reassurance that they have self-worth. Without that added stress, naturally, their potential is vastly improved as they perform at a higher level and possibly even win more often.

Drills and Exercises: Getting ready for exercises

Posted on October 22, 2012October 28, 2020 by Brad James
We’re introducing a new section: Drills and Exercises for Rowingwhich will be a ready reference for coaches describing… read more 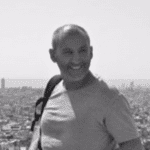 Posted on November 28, 2016October 16, 2020 by Rebecca Caroe
Get the detailed explanation of the Rowing Stroke Cycle from Harry Mahon. This is the text that accompanies Harry… read more