A guest article by Christopher George, Thames Regional Rowing Council member (2000-13), Water Safety Advisor (2004-6) and Served on ARA Board (2003-9).
This is the fundamental question that members should be asking of their “organisation” (it has ceased to be an Association) as it goes through its second massive governance change in nearly as many years.

The membership of British Rowing, which comprises of Clubs and Events (and not the 30,000 individuals therin) might not be happy that they are given so little time to consider future structure of British Rowing. Proposals for the changes, which are draconian and apparently non-negotiable, have not been sent to members, whilst the deadline for any counter proposals is 14th September 2017.

This all comes at a time when Clubs’ appreciation and support of British Rowing is waning. This is partly due to delayed and very difficult to comprehend proposals for a new competition structure, all occurring when there is a decline in entries in many events and noticeably class=”Apple-converted-space”>for the UK’s premier head race the Head of the River.

Why should I care?

Since 2012, British Rowing has employed a professional management team but has this lead to any significant improvement in performance of the organisation?

Members looking at the financial results since 2012 might consider that this has become a burden for the organisation which has run a deficit for the last 4 years and has just seen a £4 million decline in funding from Sport England. British Rowing has been without a principle sponsor since the mid 90s and one of the main “selling” points of appointing a CEO was to obtain major funding. Just look at Triathlon with Tata Steel.

Because the last constitutional review and change in 2012 style=”text-decoration: underline;”>failed to deal with the issue, despite it being pointed out both on Council and the AGM, the membership of British Rowing are not even able to vote against changes they might not support as voting at AGMs is only permitted to members of Council and the Board.

Should Clubs and Events be allowed to vote directly at AGMs?

This may be the only way to remove directors or boards in the future? If, as I do, you believe your club and event should have the right to vote at AGMs, contact your regional representative (https://www.britishrowing.org/knowledge/club-support/regional-directory/) immediately to demand they vote against any changes that don’t include members’ rights to vote.

I proposed that voting rights were proportional to registered license membership back in 2012 and that seems to me the only fair way for individuals to have a say in the structure of BR.

Background to the BR Constitution changes

Commenting on the consultation process, Phelps said: “This is a really important stage within the process and I urge those in the rowing community to take the time now to input via their regional representative. The Governance Working Group is listening to views being shared by the community, which is helping to shape our governance framework in the long-term interest of the sport and in compliance with the Code for Sports Governance. We have a great opportunity to effect change for the better in rowing so please do make sure you input into this consultation process.”

In addition British Rowing is running a Membership Survey through to end September 2017.  You can also make your views felt there.

One thought on “Does British Rowing care what members think?” 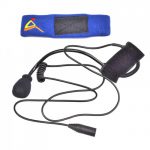 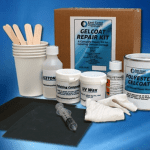 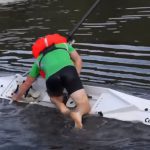