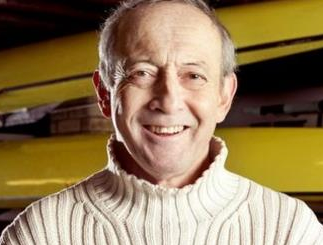 We were all driven.

We were unbeaten until the penultimate regatta of the season 6 weeks before the World Champs, when Thor Nilsson’s Spanish crew came out of the woodwork with their charismatic Fernando Climent stroke man. Had they not beaten us then, we would never have won but it spurred the crew with a determination not to let this one go.

One man, in the 7 seat (into which he had eased himself from the bow some weeks earlier!), with his stroke man, Chris Drury, was key to this success.

At Amsterdam, he set about conditioning us with the will to win.

He started the process by urinating gently (dog like marking out of territory) on the bows of the Spanish viiii whilst it was on its rack and, naturally, we all followed. He started the process of encouraging us to refer to them in derogatory terms (‘waiters’ springs to mind – “Manuel” from Faulty Towers) as we conditioned ourselves to be superior to them in every way. We loved to see them lift the boat off the rack not knowing it was liberally covered in a specialGB go slow “polish” applied before their outing every day and thus staked out as our territory.

When weighing in he delighted the lady manning the scales with a certain extension adornment worn on the appropriate and only available part of his anatomy, which goodness knows, needed no extension, (in those days you were allowed to weigh in totally naked and indeed it was a requisite maximise your advantage).

He delighted us with this bravado and during the last 30 strokes of the race was seen to be vying with Chris in the stroke seat as to who could get the rate up higher.

We won – just and the margin totally justified the change to a lighter cox. 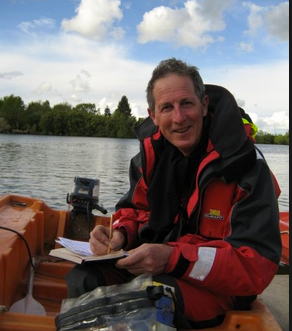 Some 15 or so years later we reunited on the Saturday morning of HRR and went out for a paddle. It went so well that every year since that eight has been out at 7 am on the Saturday of HRR. Last year he was not well enough but came to Henley regardless.

Yesterday, we lost the the heart of that crew and our lives will never be the same again. We will go out again (perhaps with Luke for a trip? Perhaps with the seat tied down?) as that is what this man would have wanted us to do. We have lost the man but not the spirit and I, for one, have no hesitation in saying he enriched my life in many other ways than rowing. I would say RIP but I am pretty sure Dan Topolski would not want to be resting… and certainly was not interested in peace so lets all , instead, thank our lucky stars we knew him and realise just how lucky we were, and are, to have had that privilege.

Posted on December 4, 2013October 22, 2020 by Rebecca Caroe
This time we will be comparing the Coxmate HC to the Nielsen Kellerman SpeedCoach Gold. HC coxless speed measurement The Similarities:… read more