The departure is drawing nearer for the gutsy to all and crazy to some, Woodvale contestants, who will be embarking on a transatlantic rowing race.

Take a peek at the 17 boats competing in the Woodvale challenge, departing from La Gomera on December 4th.

One husband and wife team, Richard and Helena, is raising funds through their massive effort for St. Mungo’s and the Huntington Disease Assoication.  Check out their website and support their cause!

“The 2011 Atlantic Rowing Race is scheduled to start on Sunday, 4th December 2011 just outside the harbour of San Sebastian de La Gomera, a small island just west of Tenerife in the Canary Islands.

The finish is just outside Port St Charles, Barbados, some 2,549 natutical miles away as the petrel flies. As we’re rowing a big cat not a bird, our actual route will be up to 1,000nm longer, as we will initially head south to pick up the trade winds, and will also likely be blown backwards from time to time.

2-person crews mostly take anything from 40 to 90 days for Atlantic crossings, and this is heavily affected by the weather conditions. In fact, it has been suggested that only 30% of the crossing speed is attributable to rowing activity. The Canaries to Caribbean route is MEANT to benefit from trade winds at this time of year, but 9 times out of 10, the prevailing wind doesn’t prevail. The record for married couples is 53 days, which is impressive, and Tiger Team have no intention of flogging themselves in order to try and beat it! Yes, it’s a race, but think of us like the fun runners in the London Marathon. We are, after all, in a tiger.

And as people often ask, no, we won’t be stopping off anywhere en route for supplies (apart from anything else, if we came across any land en route we’d be seriously off-course), no, there isn’t a yacht along side us all the time, or really any of the time, and no, we won’t be rowing in a group with the other boats. Whether or not we’ll be rowing in the buff is for us to know and you to wonder about.

For those who are interested and don’t already know, as at March 2011, there have been 289 successful ocean rows, mostly by Brits, mostly of the Atlantic and mostly in pairs. So far 65 women have rowed an ocean, and 3 married couples have done so (two American, one British). A great many more statstics can be found on the website of the Ocean Rowing Society.”

We wish the best of luck to all the Woodvale Contestants, from Rowperfect. 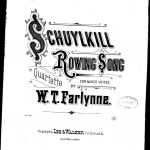 Posted on January 16, 2019October 15, 2020 by Rebecca Caroe
You know that moment when you are completely in the zone, making swift, synchronized strokes, rowing your best,… read more

Posted on June 7, 2017November 2, 2020 by Rebecca Caroe
Rowing Technique from a Holistic Perspective is a personal insight into whole-body rowing from an expert Alexander Rowing… read more 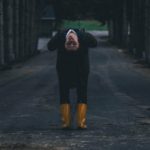