Rowing and Regatta (British Rowing’s house magazine), issue #70 of May 2013. Page 57, in an article by Robin Williams. “The hull speed should carry you up the rest of the slide”. Thanks to Henry Law for spotting this. 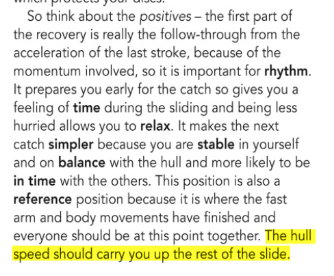 Oh No It Doesn’t

Clearly there is drag on the boat, which continues to decelerate due to fluid friction if there is no other force to keep it moving forwards.

As clearly, there is no fluid drag on the rower, so they must (Newton’s first Law tells us) continue moving towards the finish line without deceleration.

So how does the rower get from back-stops to front-stops, except by pulling with their feet on the stretcher? Otherwise the would certainly remain indefinitely at back-stops. Carl Douglas quoted from RSR

Now what coaches say is sometimes done to communicate a concept and not to be taken literally.

Harry Mahon was a top coach and he told me that he often asks a crew to do one thing knowing that what they actually do is different – but IS the effect he’s seeking.

His example was to tell them to row with no body swing. What would happen was for 3-4 strokes they’d be bolt upright and then they’d start swinging their bodies with the movement of the boat and achieve the perfect range of forward and backward swing that he wanted.

I use the same technique a lot. But afterwards I tell the crew that what they did was right but it was a trick I play on them to get the correct outcome.

What do you think?  Should rowing coaches understand physics?  Could this be a small error by Robin Williams?

Read the related article below – Why shouldn’t rowers pull themselves up the slide? 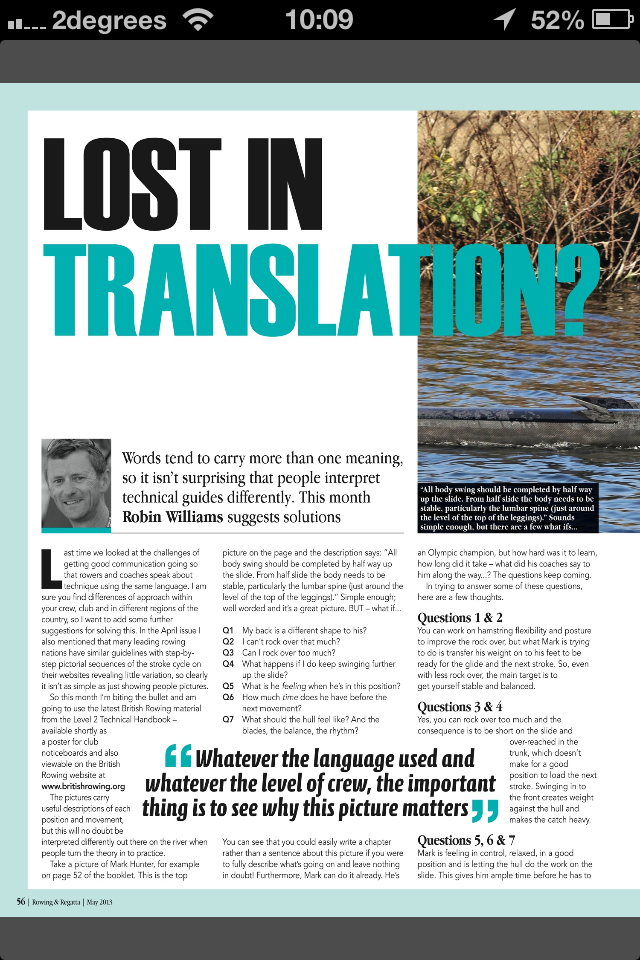 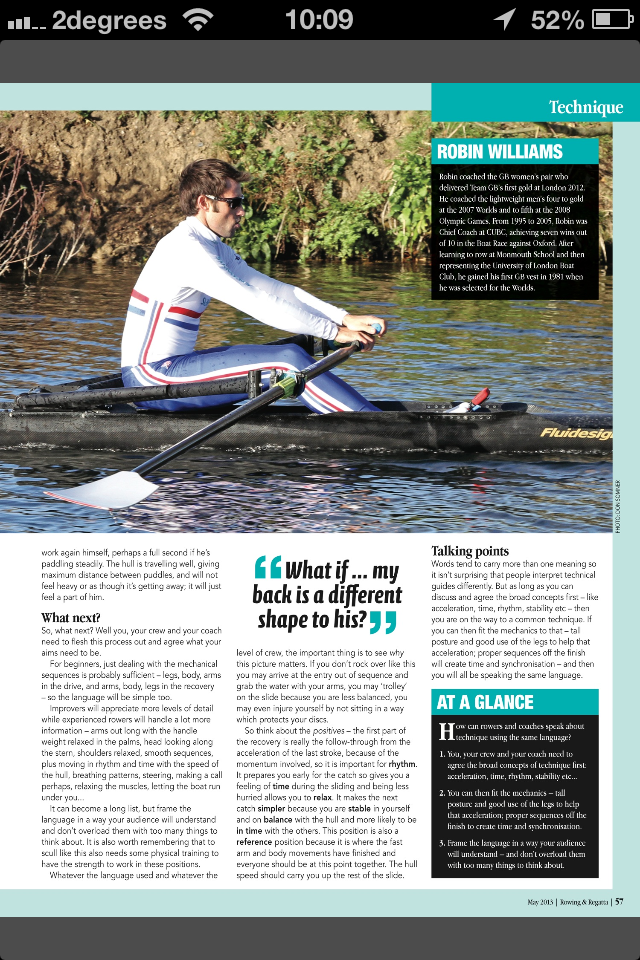 3 thoughts on “Technique debate – should you pull yourself up the slide?”

How can I relax as crew stroke?

Posted on February 9, 2015October 28, 2020 by Rebecca Caroe
Question: “What kind of exercise can I use to help stay relaxed when stroking (quads and eights)?” Answer… read more

RowingChat podcast with Jimmy Joy: get your free recording here.

Posted on November 27, 2012October 23, 2020 by Duncan Holland
My “on again, off again” coaching career took a gentle restart today. I have signed up to help… read more