FISA Coach and Crew of the Year – Gary acknowledges the receipt of the International Coach of the Year won last year by Paul Thompson, Head coach women and lightweights.

Young Coach of the Year – Dan Singleton of

Senior Coach of the Year – Charlie Simpson of Reading Rowing Club presented by Paul Thompson he champions womens rowing and has won at major regattas and the rowers are encouraged to fulfil their potential.

Lifetime Contribution to Coaching Award – Roger Silk of CUWBC presented by Annamarie Phelps (who was taught to row by Roger at LMBC). Professional performance on a tight budget as a volunteer. Outstanding success 14 blue boat wins in 16 years; 12 Blondie / Lwt wins. 5 golds at national champs and U23 W2- Silver in 1992.

Adaptive Coach of the Year Award – Vicky Parry and Victor Bridges of Isle of Ely Rowing Club presented by Robin Williams. The club has a lack of money and suitable equipement and the site is often inaccessible and muddy when wet. They have worked with athletes with a range of needs and got them to integrate into the life of the club.

Coaching Team of the Year Award – Ross Rowing Club Junior Coaching Team presented by Steve Gunn. They set up a Junior Rowing Academy from scratch. And 1 coaches came along in matching team t-shirts.

Highly commended Team – Queen Elizabeth High School, Hexham . 3 coaches all under 17 years old. This was because their adult volunteer moved away and so they decided to continue the programme. WJ14 4x won silver at Nat Schools. 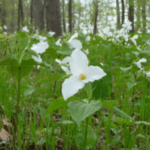 Posted on March 13, 2018October 14, 2020 by Rebecca Caroe
What are we looking for when we are observing someone out on the river in a single shell?… read more

Adrian Cassidy – from Zero to Hero