Winter time is gym time for many of us. Let’s have a look at the weights we lift – Light weights don’t mean you’re a lightweight!

If your goal is to become stronger and develop larger muscle mass, you must lift heavier weights over relatively few repetitions – right?

New research about the weight we lift

At least, that has been the normal thought process for a number of years; lift heavy, get strong, professional athletes and gym junkies alike used this simple methodology. However, a new body of evidence seems to suggest that it may be wrong, or at least less right, than we thought and the research throws up the option for more choice and more tailored approaches to traditional strength focuses in the gym.

The research from McMaster University in Canada finds that the weight of your weights doesn’t matter, as long as you continue lifting to the point of exhaustion.

In their study of 49 healthy young men over a 12-week period, one group lifted lighter weights over high repetitions while the other lifted heavier weights over lower repetitions. Both groups were instructed to
continue lifting to the point of total exhaustion. The researchers then took muscle samples and found gains in muscle mass and muscle fiber size were almost identical between the two groups. They concluded that as both groups lifted to exhaustion, neuromuscular recruitment (getting as many muscles fibers activated for the exercise) would have been very high and this is what caused the equal strength gains.

Power is a vital element for rowers

Power is a vital element for many athletes – want to throw further, pull the oar harder or get out of the blocks faster? You need power, which is a combination of muscle strength and contraction speed and both aspects need to be developed to get the best performance improvement. In the gym muscle strength can be worked on easily but the contraction speed element is usually done with modified lifts or on the field of play – generating force as quickly as possible. To do this, you need to lift a lighter weight so the speed of the movement can be higher. The issue is this is not conducive to outright strength and to get that aspect you need a heavier weight and therefore you must slow down, which reduces contraction speed – they work against each other. This has called for the need for training sessions to be split. Then one of the effects from heavy strength training is of course much higher levels of fatigue, which has been shown to reduce performance, namely power within 24 hours of the session and can create muscle soreness for many days afterwards. So programming has always been tricky especially around competitions.

Another lead-on study measured high level track athletes and this time got them to complete and Olympic lifting sessions with heavy weights to mimic a traditional strength program, then lightweight weights for a more power based regime and finally a moderate weight load. Power declined by the end of the final heavy weight set, whereas the athletes were able to maintain power while lifting the light and moderate weights. However, muscle activation increased for both heavy and moderate weights, good news, while it remained the same for the light
weights- not so good. So the moderate weight enabled relatively higher neuromuscular recruitment at a faster lifting speed and without critical fatigue.

You can be strong and light!

Like everything it’s about balance. There is not enough evidence to throw out the big boy dumbbells just yet and lifting light requires lifting to exhaustion for the same gains. At this stage it is unclear if moderate loads lifted explosively and not to exhaustion could lead to the same strength and muscle gains long-term as traditional training but this does give more scope to be creative, especially for athletes who are carrying injury or for whom you need to have a very specific movement worked on. As a base, the previous mantra of “You don’t get strong if you don’t lift heavy” has been disproved. You can be strong and light – just ask a lightweight rower…….

View all posts from Patrick Biedermann

How to Cox a Masters Rowing Crew

Posted on October 24, 2012October 28, 2020 by Raf Wyatt
So you’ve succumbed to the entreaties of the Masters rowers in your Club and agreed to cox them… read more 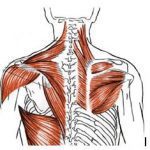 Posted on February 16, 2019October 15, 2020 by Tom Wall
This is part two of our mobility session for rowers.  Strenght Coach Will Ruth, our author and Renate (in… read more 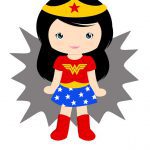 Are there born champions?

Posted on November 28, 2018October 15, 2020 by Rebecca Caroe
What does it take to become world-beating – or just very good at sport? Do we inherit our… read more