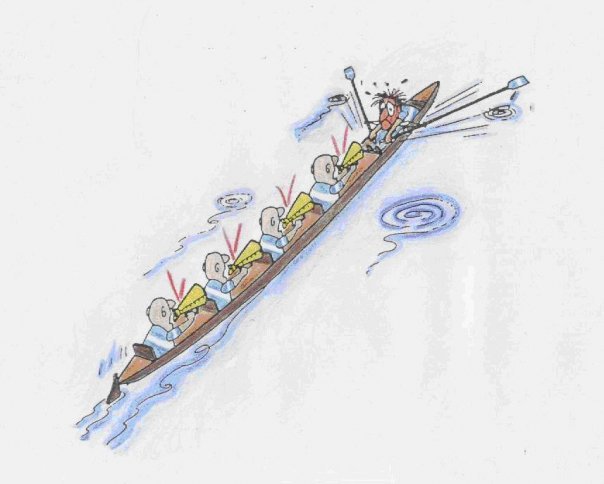 Chelsea – what got you the idea of writing this book?

Hi! I wrote the book in the summer of 2010. In that spring season, I had seen multiple experienced coxswains (myself included) make basic mistakes on the racecourse because they had never learned fail-safes to prevent those mistakes, or had never had a coach teach them how to do things correctly.

That summer I also coached a summer camp. My colleagues there, former rowers and caring coaches, wanted all of their athletes to succeed. However, they mentioned difficulties with coaching the coxswains because they had no coxing experience themselves. As a collegiate coxswain at that time and a high school coxswain before that, I had been on the other end of this disconnect many times.

Coaches shouldn’t have to teach a role that they have never played without an guidance. I did some research online, and I could find no comprehensive, well-researched resources that gave any guidance. You had to either be a coxswain-turned-coach, or you had to make it up – and I hate it when people make things up.

The available resources consisted mainly of coxswain manuals. Some of them are good, but a coach should not hand a coxswain a manual and say “Okay, I coached you. Now go cox.” No, you did not coach them. You gave them a book.

The Air Force doesn’t train pilots to fly F-16s by handing them a book and plopping them in the plane. It’s dangerous and it doesn’t produce capable pilots. I wanted coaches to have the ability to coach their coxswains with as much confidence as they coach their rowers. Most of them have never coxed. So I wanted to create a specific, step-by-step guide to help coaches train their coxswains. Coaching the Coxswain explains exactly what to say to coxswains, how to make them practice coxing skills, and in what order to present the lessons.

Looking back to when you were learning to cox, were there times when you felt un-guided by your coach?

Absolutely, but that’s not because the coaches didn’t care or didn’t want good coxswains. They just had no way of knowing what to emphasize or how to teach it because they had never coxed.

Here’s an example, and I think it’s a common one: on my first outing, I was told
“push the left toggle forward to go left and the right toggle forward to go right.”
I didn’t know that I should only push the toggle an inch or so. I also didn’t know that the boat would take a few strokes to respond. I struggled – hard – with the “Too Many Beers Effect” (explained in the book), but no one ever did explain why that happened or what I could do about it.

Instead – I still remember this – my coach took video of our novice eight practicing one day, and he pointed out my steering and encouraged the whole crew to laugh at it. He pointed and laughed. His constructive criticism? “You gotta steer better, kid.” Yes, thank you, but telling a coxswain to steer better is a far cry from coaching her to steer better. I think most coaches understand that, though.

How can a coach easily find out what skill level a coxswain has?

Easy. The book covers three levels of coxswain skill, and there are checklists in it for the specific tasks your coxswain should be able to do at the end of each level. If your coxswain can do all of the things on the Level One, for example, and she understands the theme of the first level (which is to earn the rowers’ trust), we can move on to Level Two. Once she can do everything on that checklist and she understands that level’s theme, it’s on to Level Three.

One thing here, though: I don’t recommend just looking at the list and going “Oh, my coxswain can do this, this, this.” Actually make her do each thing and determine whether she actually can do it. Coxswains often have weak spots that go  unnoticed because coaches don’t look for them or test them.

Do you subscribe to the coaching adage “Teach one thing each outing”?

Uh, no, I don’t think so. I think sometimes it’s important, especially at the beginner level, for coxswains and rowers to understand multiple things from a practice. For example, on the first day on the water you have to teach the cox how to steer, but she also has to learn the traffic pattern and understand that she has to avoid objects.

For rowers, I think it’s possible to net one thing per practice, but work on two things in each individual practice to solidify lessons. For example, on day one, maybe I teach about tap-down. Then the next day, I might revisit tap-down in the warm up to make sure the lesson takes and encourage rowers to form good habits. If everything looks good there, we might spend the rest of the practice on, I don’t know, maybe roll-up timing. Then we’ll review that the next day, too.

Teaching speed really depends on the crew, I think – what they can already do and what they have yet to learn. In the grand scheme of things, it definitely takes more than a day to teach one thing really well.

What would your ‘perfect outcome’ be for the sport of rowing when it comes to coxing?

Haha, oh my gosh, that’s a loaded question! I actually think it’s weird that the coxswain role ever became a thing.

Why doesn’t everyone just scull and avoid dragging around an extra person?

Now that it is a thing, though, I think that coxswains have a unique opportunity to unify crews and (maybe) make them go faster than they otherwise would. I suppose, for any individual coxswain, the “perfect outcome” of a race is a race that her crew won, that it would have lost, had it not been for something that she contributed.

That sounds selfish, but you know what? It’s the exact same thing for rowers. Rowers also want to know that they made the difference. It’s just a lot more obvious that rowers make a difference because they actually propel the boat. Unlike rowers, coxswains have a sort of existential insecurity because they’re not propelling the boat. A coxswain has to make the boat faster without the benefit of an oar. And that’s where good coaching comes in.

Buy yourself a copy of Coaching the Coxswain exclusively on the Rowperfect shop. 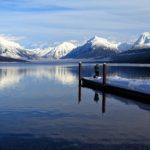 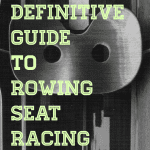 Would you review our Seat Racing book?

Posted on May 4, 2018October 28, 2020 by Rebecca Caroe
We’ve just published a new ebook on Seat Racing for crew selection and we are keen to get… read more

Mind games on the ergo

Posted on January 27, 2015October 21, 2020 by Duncan Holland
A few days ago I posted a blog about Why are people scared of the ergometer? As a… read more