“He was cowering away from the fierce dog”.

This ranks right up there with “your donkey has eaten my passport” as a useful translation but I found it on a webpage http://translate.definitions.net/Coxswain that translated coxswain into 44 different languages.

The helmsman of a ship’s boat or a racing crew was the first definition given and my limited language skills coupled with some rudimentary web-searching found that other languages agreed: a coxswain is the one doing the steering (or holding the rudder).

Change to the second definition (a petty officer in charge of a boat and crew) and not everyone in the world agrees that this is what a coxswain is; most of the languages change words to match the new description.  Let’s take German (because I know it a little better and because the Germans are known for, shall we say, a certain correctness) and der Steuermann becomes der Bootsführer, not steering the boat but leading the boat. And this is where German is so good: anyone can tell what either man does from his title.

We linguistically challenged English speakers on the other hand, not only choose a word with a meaning derived from words no longer in common usage (cox was a small boat carried on a ship and swain once a boy but when combined in coxswain becomes the person in charge of the boat) but are then unclear as to what role is meant.  Maybe we mean both, though I know some strokes who’d have something to say about that!

One thing’s for sure: we’ve all got some explaining to do to whichever little person asks ‘please Sir, what’s a coxswain?’

The secret to winning: ask the right questions

Posted on September 30, 2018October 14, 2020 by Tobi
Win a ticket to RowingChat with Robin Williams simply by asking him a question. Click the picture below, enter… read more

The best new Facebook Rowing Information page since ages ago

Posted on March 3, 2013October 23, 2020 by Brad James
Do you follow rowing pages on Facebook? You probably have lots of friends who are rowers and on… read more 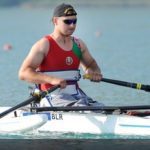