A silly question in most contexts. In coaching however, not so silly. Should one coach a girl’s eight differently than one would a boys crew?

In order to try and get a useful answer I will first have to define what I mean. Are we talking physiology? Psychology? Learning styles?

To start with physiology; do the differences between men and women require different technique or training methods? I believe not. Rowing technique should be based around levers and firing orders in order to optimise the use of the available strength, and we don’t normally think that smaller men should row differently to larger ones so why should women row differently? The different strength, muscle mass and size will produce a stroke with a slightly different rhythm but the principles of the fastest and most economical way to move a boat stay the same.

Training programmes raise similar issues; should women train differently? Again I would say not. Programmes are, of course, customised to suit the crew or athlete in question and take account of present fitness, training opportunities and goals. Training load is applied to increase capacity and young or old, male or female the principals remain the same: If more aerobic endurance is wanted do lots of steady state, if more strength is required do resistance work of some kind. Differences between beginner and expert, young and old are far greater than those between men and women. I use comparable programmes for men and women of comparable level.

With very young athletes there will be differing levels of physical maturity so programme will have to be adjusted to suit biological age as well as chronological age. Girls tend to mature earlier than boys so groups of girls will tend to be ready for heavy training loads earlier than boys but this varies much between individuals.

It is when we come to questions of psychology, particularly crew psychology that it gets more interesting. My experience has suggested to me that a coach should treat men’s and women’s crews the same. The same principals should guide your behaviour; tell the truth, be positive, try to treat all the athletes fairly and openly. I feel that any attempt to treat a female crew differently from a male one suggests a degree of manipulation.

It is not always easy however!

5 thoughts on “Are Girls Different?”

How do I improve my ergo to get into the top school 8? 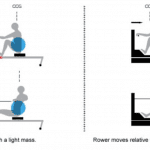 Posted on January 12, 2018October 28, 2020 by Rebecca Caroe
Ivan Hooper works for Rowing Australia as a Sports Science / Sports Medicine Coordinator and this is an… read more

How to align power in a mixed crew

Posted on October 9, 2018October 14, 2020 by Rebecca Caroe
We have just formed a mixed quad crew and want some advice on how to align our power… read more