Jack Beaumont is a British rower who represented Team GB at the Rio 2016 Olympic Games. This is the 5th and final part of his exclusive interview with Ashwyn Lall, founder of Ash’s Sports Talk. Jack shares his journey to the Olympic final, his views on planning for life after sport, developing a positive mindset, and his views on showcasing rowing as a sport for everybody. Parts of the interview have been edited for reading comfort. (Click the link to read the other parts of his interview: part one, part two, part three, and part four).

Ashwyn Lall: About using data to support your performance, how have you managed to deal with the responsibility to take care of your ‘media image’?

Jack Beaumont: The Team is always supportive of this; I used to spend more time posting on social media than I do now. I often think that it is a bit artificial, and I feel most athlete’s use it to actively market their sponsors. Currently, I am using my account from a more personal standpoint with a hint of rowing which has been fun. I would rather use my platform to showcase rowing, rather than to showcase brands. I want my pages to be informative, fun, and inspiring to people interested in rowing. I would be happy to promote a brand, but only if they align with my values.

However, my lottery grant has been decreased this year, so maybe I should be focusing more on finding a sponsor! I guess it’s all about balance.

Based on your development as an athlete, would there be anything you feel the industry should change to encourage more young people to consider taking up professional sport, mainly rowing?

I feel rowing is in a good place; the participation numbers are good, especially for young kids. I want to be seeing more people in boats from different backgrounds. This is improving, but the image to people outside the sport is that rowing is just for people from wealthier and more privileged backgrounds. What I would love to see more of is rowing being recognised nationwide as an inclusive and fun sport.

Elite sport is just a part of sport. It is the part which receives high coverage, but your normal sportsperson is those playing tennis at the park, running on the street, those doing parkrun and going to the gym.

Our role as elite sportspeople, is to win medals on the world stage. But if we can encourage people take up an activity and get the physical, mental, and social benefits from that exercise, that is important too. It is more than just trying to win medals.

I understand you have been involved in multiple community-supporting causes; would you mind touching on some of these? Also, how important is it to you to give back when you are in a position as an athlete?

I can talk about this in the context of COVID-19. I sometimes visit local schools and clubs to do a coaching session and discuss my journey to support them on their adventures. During COVID-19, I have been doing this via Zoom calls which is fantastic! It is a great way we can all learn from each other.

I have always enjoyed supporting the community. When I have time, I help at swimming club for children with learning disabilities. I like having different things going on in my life. It is why I became a director of British Rowing and the captain of Leander Club. I got involved in these roles because I want to make a difference, and to help people enjoy sport.

I feel it is essential for other athletes to do the same; it is not hard to find opportunities to give back in your spare time. There is no better feeling than having an impact on a young person through doing what you love, and you never know, the impact could be life changing.

Throughout your life, whether that is in or outside of sport, would you have done anything differently? And how do you feel this would have changed your career?

I would have tried a little bit harder at school, I did okay, but I never got any of my predicted grades because I did not feel, they were that important. Despite this not changing the course of my life, it annoys me slightly knowing that I could have done something better.

However, the big decisions I have made have turned out to be the right ones.

On another note, I want to be the best I can be but also to have a great time doing it. I am always smiling and laughing, and this is the most important value for me.

What has been your favourite sporting memory, whether that is internal or external to your career?

Winning a silver medal at the world championships in 2017 was terrific. Of course, I was disappointed that it was not gold, but I was so proud of myself even to get a medal. I was in a boat with three of my best mates, we performed better than anyone expected us to all season. We were rowing brilliantly and got the best out of each other.

As a spectator, seeing Alan Campbell winning bronze at the London 2012 Olympics was inspiring for me as an 18-year-old. Other than that, watching Arsenal win the league at Old Trafford in 2002 is up on my list as well!

Final question buddy, where do you see yourself in five years?

Hopefully with 2 Olympic medals around my neck. Besides that, I would like to be starting to create my own family as well.

Throughout this interview with Jack, there have been multiple themes which are transferable in and out of sport. One being the importance of maintaining a positive mindset through times of adversity. Using your skills to have a positive impact on others, and alongside the importance of staying disciplined to your craft but not letting it be at the expense of enjoyment. We hope you enjoyed this blog.

Please share your thoughts on Jack’s story. Do you know of anyone similar wanting to push for rowing to move into a mass-market?

(First published at https://ashsportstalk.org/. Parts of the interview have been edited for reading comfort.)

Vero loves connecting people, editing, and bringing relevant rowing related content to you. May this be interesting product reviews, advise from great athletes or coaches, as well as deeper insights related to your favorite sport. View all posts from Veronika
Advertisements

Posted on February 24, 2011October 21, 2020 by Mohit Gianchandani
We think that the products we sell help athletes and coaches to move boats faster and improve rowing and… read more 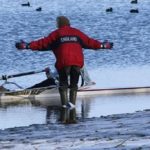 Posted on June 17, 2019October 15, 2020 by Tom Wall
Is the Athlete – Coach Relation a Winning Factor ? I have seen two top international athletes who… read more