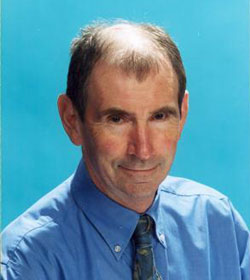 This year’s Rowperfect Seminar is about the skill of coaching presented by Jim Flood. This workshop is about two things: the knowledge and communications skills of the coach and how to balance the boat so that the best possible results can be achieved.

The session was led by Jim Flood, he coaches at Reading Rowing Club and also occasionally at Malmo Rowing Club in Sweden. He has been a consultant on the ARA Level 2 Coaching Award and has written “Know the Game: Rowing” for the ARA which will be published in June of this year. He is keen to see good practice in coaching adapted from other sports who have developed further in this area.

Jim's slides show the notes pages where he details the background resources and challenges he used in the workshop for the attendees to discuss.

A high resolution version of the slides is available by email

As the newly appointed Chief Coach of Cambridge University Boat Club,
Duncan suggested that selecting athletes using seat racing was a key
skill that "nobody actually teaches you how to run". Rowperfect was
delighted to offer Duncan a packed house audience to hear his
suggestions about how he finds effective seat racing as a selection
tool. The questions from the audience were a highlight of the
evening!

Duncan's slides detail how to run a seat racing session.

He also showed us a fictional example of the results of a set of
seat racing using a "spider" diagram to illustrate the wins and losses
and how they sat in relation to each other when athletes had not been
directly raced against each other.

Paul is the ARA Chief Coach for Women and Lightweights.

He presented a detailed account of the training his crews undertook
during the year leading up to the 2004 Olympic Games in Athens, where
he led the coaching team to produce three medal winning boats.

Rosie is the Technical co-ordinator for the Amateur Rowing Association.

She presented a fantastic slide deck which details every part of the
sculling stroke using images of Tracy Langlands sculling in Varese.
This slide deck formed the basis of a nationwide tour of the 12 regions
of the UK rowing organisation to which these slides were presented by
International Coaches. Rowperfect came on the tour with the ARA,
leading a workshop on Techniques and Drills to apply British Rowing
Technique.

Martin's areas of specialism include human performance
improvement, leadership & personal development coaching and high
performance teams.
He has an MBA in the Management of Innovation and is an accredited Human Performance Improvement consultant.

Each protocol has a one page summary on how to run the test on the Rowperfect Rowing Simulator.

There is a Rowperfect DOS software file available (.ini) for five of the protocols. If you want to upload it "ready made" into your computer. Test Protocol Files 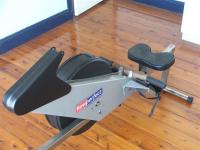 One thought on “Seminars”