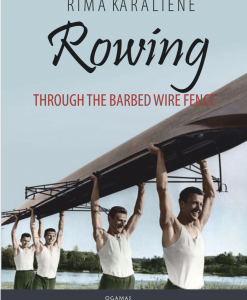 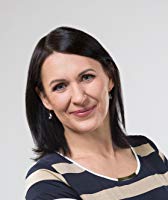 Rowing through the barbed wire fence by Rima Karalienen

In the autumn of 1961, nine young men — rowers from the Vilnius Žalgiris athletic association — became USSR rowing champions and were invited to the USSR national team.

Though they had very important international competitions ahead of them, they were hounded at every turn by the echoes of the postwar years. Their parents’ or loved ones’ political opinions, their collaboration with partisans, and their relationships with the military of an independent Lithuania were all reasons for the KGB to restrict them from travelling abroad or to remove them from the team.

They were replaced by athletes from other republics. Cast aside, the young men fought back by forming new crews, prepared for competitions, and rowed in regattas held within the USSR. However, they still felt like second-class citizens, experiencing colder relations with their former crewmates as they achieve victories in international competitions.

All the while, they were also burdened by the painful memories and losses from their childhoods. In 1963 and, thanks to the rowers’ perseverance, determination, and fortunate coincidences, the KGB removed their restrictions on international travel. They placed at their first international competitions – the European Championship in Copenhagen. During their journeys abroad, they were closely followed by security officers and by Soviet propaganda. As hostages of the USSR athletic system, the Lithuanians were forced to participate in countless selection competitions, but they eventually won the right to participate in the 1964 Tokyo Olympic Games.

Written by the daughter of one of these rowers, Rima Karaliene brings to life the reality of communist sporting prowess in 1960s.

Rima is a very authentic writer, also a former rower, a rowers’ daughter, the rower’s wife, and the rowers’ mother. She was born to a family of rowers when her Father was preparing for his first race at the Tokyo Olympics. Rowing became the way of her life, and researching stories in rowing has become her greatest passion. In the interest of spending as much time as possible with this passion, she left her native Vilnius for the Trakai and exchanged her regular job for a business – a private rowing club and a Rowing Museum. Rima Karaliene’s first book Rowing Through The Barbed Wire Fence is a real rowing story that had to be told so that the spirit of those rowers who rowed for an occupied Lithuania could inspire youth in the twenty-first century to value freedom and their Motherland.

There are no reviews yet. 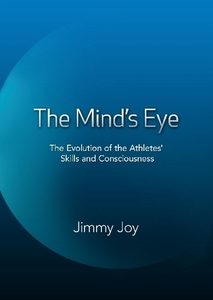 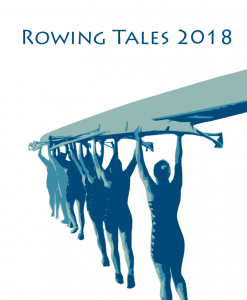 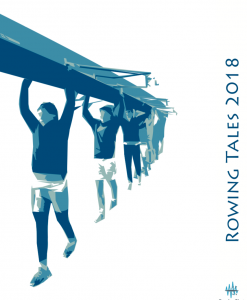 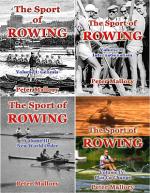 The Sport of Rowing – By Peter Mallory – UK CUSTOMERS ONLY 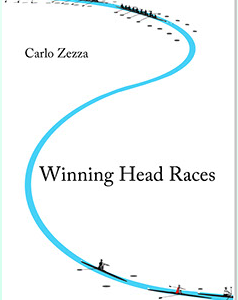