Two of the athletes are at Cambridge University and used the oarlocks in the boat race. They were impressed with the effect it had on their boat performance and persuaded the crew to try and use the Magik Gates and they won!

Thorsten Engelmann and Sebastian Schulte are currently in the CUBC squad and the Stroke man Bernd Heidicker was formerly at Cambridge. 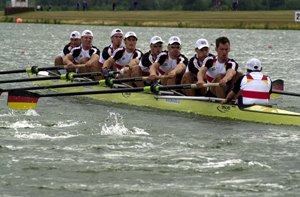 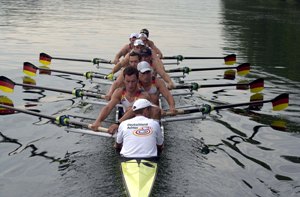 Why consider buying Coxmate for your cox amplification?

Posted on April 2, 2007October 23, 2020 by Rebecca Caroe
Some views…. Jonty Faulkner of Exeter University Boat Club – owner of two SRT Coxmates I have been… read more

Try before you buy – for 2 weeks

Posted on March 13, 2012October 28, 2020 by Rebecca Caroe
Ever wanted to try out some of the Rowperfect products before purchasing?  Well we offer a 2 week… read more

Posted on May 6, 2015October 28, 2020 by Rebecca Caroe
We got this question from a customer Coxmate AA Plus – low cost amplifier with rate and timing.… read more